Not enough bands use double basses. This has been obvious ever since Death played one at the end of Bill & Ted’s Bogus Journey. Granted, the grim reaper can make anything look pretty cool, but this was Bill & Ted’s Death not Ingmar Bergman’s Death. Clearly the instrument adds a significant splash of style to any ensemble, and yet you rarely see outside of jazz clubs or orchestras. Why?

Well, it might be because Phall Fatale have got ’em all. The Switzerland-based five-piece boast not one but two (two!) double bassists, one of whom is also listed on their website as playing, mysteriously, ‘devices’. Ooooh. They put them to good use too, with Phall Fatale exploiting an impressive and diverse collective musical CV (members of the band have played with the likes of John Zorn, Mulatu Astatke and Urbaniak) to service their slick and sophisticated avant-pop.

They’ve also conceived a fine visual counterpoint to their music, as evidenced in the video to their track ‘The Girl The Beat’, which we’re proud to premiere today. A hilarious, Almodóvar-inspired satire on the fashion industry starring a preening model and a pair of overly attentive stylists, it’s as elegantly directed as the magazine shoots it sends up. In fact, it’s as beautifully polished as the track itself, a subtle, percussive take on electro-pop that sits somewhere between Hot Chip and Barbara Morgenstern.

Joana Aderi, one of Phall Fatale’s two singers (they seem to like doing things in pairs), revealed that the inspiration behind the video was “a bad bar somewhere in Eastern Europe.”

“They were playing early ’90s videos on an enormous flat screen. I saw Right Said Fred’s ‘I’m Too Sexy’ and in that very moment I loved it. More than 20 years after Right Said Fred, I thought it’s time to write a persiflage about the modelling business.”

Funnily enough, Right Said Fred’s ‘I’m Too Sexy’ came out in 1991, the same year as Bill & Ted’s Bogus Journey. If the imminent ’90s revival sounds and looks like ‘The Girl The Beat’, maybe it won’t be so painful after all. 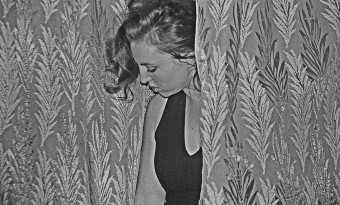 We're proud to present the premiere of a new behind-the-scenes video from the magnificent Dooks. Take five minutes, turn off your phone, and enjoy...
Read More