That the man had just performed to 50,000 people at Pukkelpop festival in Belguim made it all the more shocking. Chazz Haddon (above left) and his band, Ou Est Le Swimming Pool, were riding the crest of a rapid rise that had seen them go from bedroom demos on MySpace to widespread acclaim and tours supporting the likes of La Roux in no time at all. Sadly, the Pukkelpop performance was to be his last, as he took his own life shortly afterwards.

A memorial show at Koko in Camden, Ou Est Le Swimming Pool’s erstwhile stomping ground, saw the likes of The Vaccines, The Horrors and Spandau Ballet perform tracks from the band’s posthumously released debut album. It was a fitting tribute to a man described as “the epitome of happy-go-lucky, bringing smiles to the faces of everyone he ever met.”

To mark the sad anniversary of his death, we’re one of many music blogs and sites hosting the Ou Est Le Swimming Pool track ‘A to the Z MoThErFuCkA’, an unreleased demo from 2008. Have a listen to the track below.

The anniversary is being supported by one of The Monitors’ favourite charities, the Campaign Against Living Miserably (CALM), an award-winning organisation dedicated to preventing male suicide in the UK. They push for cultural change so that men of any age feel able to talk about issues and get help when things start to go wrong via the following:

– www.thecalmzone.net – a site where men can hear about other mens lives as well as help and information

The return of Simple Things to Bristol is imminent... 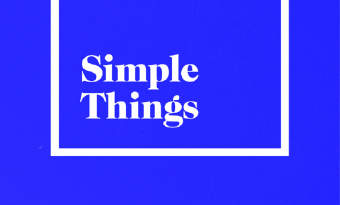 Simple Things was our favourite multi-venue festival of last year, and might just take the best alternative festival crown this time round. This is why...
Read More