French septet Caravan Palace have gone completely under my radar during their eight years of existence, probably due to my general ignorance of the ‘electro swing’ genre. Still, even if that phrase alone is enough to spark horrifying flashbacks of Britain’s recent Eurovision Song Contest entry, their latest single ‘Comics’ is worth a whirl for the video alone.

Directed by filmmakers Soandsau, it is apparently “a moral tale that takes place in the street, but without cynicism. A breach of hope, but without naivety.” Well they would say that, being French. Still, while allegorical themes concerning power, corruption, convention, servility, society, suppression and revolution could all be drawn from the video, those uninterested in such lofty extrapolations can be reassured by the fact that it’s also quite funny.

It stars a masked empress who looks like she could be moonlighting from butchering former slaves in Game of Thrones, but here rules over a population forced to exist on their hands and feet. Their contorted existence gives them an animal-like quality, and the excellent choreography brings out the slapstick side of their predicament with no shortage of visual buffoonery.

In many ways it updates certain silent movie conventions in the same way Caravan Palace’s music samples early jazz music, and one scene in [particular will raise a chuckle from any bored teenager who’s ever owned a pet and a laser pen. Naturally, once the underlings have seen the light (literally, via a reflection in a puddle) the game is up for our masked tyrant, but it’s possible this video will add a couple more squadrons to Caravan Palace’s increasing army of fans… 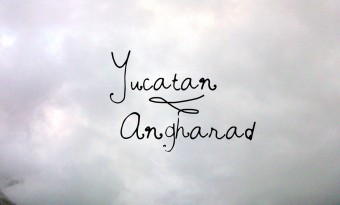 Snowdonian four-piece Yucatan have finally come back down from the mountains, and have brought the first view of a charming video for new single 'Angharad'...
Read More