City of Quartz is a shiny zenith of shimmering florescent light reflecting majestically from a towering column of translucent, angular rock. Poking a glistening shard of semi-precious gemstone hard into the cold, indifferent night sky. Tearing a liberating split in the deep, all-encompassing blackness that threatens to engulf us all, as luminescent crystal girders hold apart the delicate clouds, thrusting themselves up tall towards the godless blank sky.

Now, I’m a fan of Nick Thorburn right. I loved The Unicorns. I love Islands. I love melancholy pop. Islands’ A Sleep and a Forgetting is a beautiful record filled with the kind of music that is by turns sad and sexy. Thorburn has a brilliant ear for interesting pop hooks and delicate vocal melody that transports you to another world.

City of Quartz is Nick Thorburn’s second album under his solo alias Nick Diamonds, and unlike recent Islands albums sees him exploring a more synthetic pop sound, taking the listener on a glacial journey around a shiny world of hard glass and neon lighting.

The eponymous opening song sets the albums synthy ’80s-influenced tone to a tee. It’s an instrumental track that wouldn’t feel out of place in an ’80s fantasy film. Like Krull for instance. Good old Krull.

‘Love Is Stanger’ has such a slinky, uber-sexy bassline that will have you strutting your stuff down the street with an outrageously confident swagger, like a much cooler, totally non-scientologist John Travolta. It’s so sexy it’ll give you night fevers that are not only designated to Saturday nights.

Lyrically it sees Thorburn continuing his examination of performing and acting, a theme prominent in many of his past lyrics: “Don’t know my place, forgot my lines / Bad actor.” The words suggest a man trying to get to grips with what he has become, feeling like he’s faltering: “I need my mark, I need my mark / Let’s get one last shot before it’s dark.”

The song captures Thorburn’s blend of saucy pop nous and wistful self-refection to a tee.

‘Witch Window’ is a lovely pop song laced with lyrics that suggest there’s some light coming through which can help Thorburn overcome the hardships which have plagued and coloured recent Islands records: “These wounds do not reflect my suffering today / They are a triumph over death and decay.” It’s a song about escaping and trying to move on: “Open your window in the house where you live / Climb through your window / Move through it like a sieve.”

Once we get to ‘Ungrievable Lives’ the album takes a more serious, sombre approach, Thorburn’s hushed tones soothing against the harsher, less summery electronic sounds (still catchy though, it’s not Aphex Twin). The melodrama of ‘The Mind Reels’ sees the lyrical themes of acting arise once again: “If I could say cut away would you move the camera?”

Beyond the purposefully distancing, post-modern medium-referencing lyrics there is the suggestion of a personality searching for identity, looking all over for an answer: “How did they say to get home again?” The different styles and aliases used and explored throughout Thorburn’s career suggest the search is still ongoing. Much to our benefit.

‘Bohemian Groove’ lives up to its title with a massive, juddering, tropical sub-bass line. It’s a big happy pop song encouraging everyone to forget the shit in life and have a bloody good dance: “Come on,let’s misbehave / They’ll let us do whatever we say.” It’s Thorburn in defiant mood: “If they don’t like it, I don’t care!”

The song’s weird, multicoloured near-grime beat spatters away as cartoon synths kick away the lingering sads: “Like a jake I hate my job for Christ’s sake / So come on baby let’s go out walking, looking for a fight / I go out swinging, I make it all day, I last all night.”

‘Something About The Moon’ is a song for reluctant werewolves. “The dream is over the magic is gone.” Fear and doubt is starting to creep in, and the planetary theme is continued with ‘What Can The Sun’, which begins with a clean piano riff over which Thorburn laments: “What can the sun do for you? / Think it can warm you like I do?” before the electronics kick in, suggesting a form of slow corporeal breakdown brought on by industry: “A strong man, turned into a machine.” Squelching bubble bass turns the song into sci-fi sadness.

‘God Internet’ sounds somewhere between the soundtrack to 1987 Arnold Schwarzenegger hard-man scuff-fest The Running Man and rock-hard NES platform shooter Megaman – it’s the full gamut of mans. ‘I’m Nobody’ even features a recording of notorious hippy wrong’un Charles Manson. As I say, all the mans.

And like the fleeting neon glow cascading from the harsh angle of a vast onyx castle cast by the sun as it sets on a now peaceful crystalline city, welcoming in the vast blue night, the album is finished and all is at peace.

Bet the rent’s expensive. Still bloody worth it. 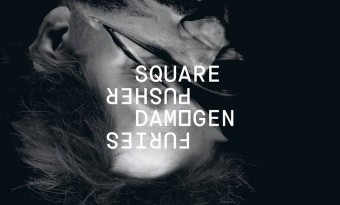