From Love Buzzards to double-necked swans, step inside and marvel at this week’s Single-Minded menagerie…

Hotly-tipped newcomer Amane is clearly fond of his adopted South London home, judging by the lovingly-directed shots of Deptford Market in the video for ‘The Swan With Two Necks’. I used to live round the corner, and to be honest a swan with two necks wouldn’t be the weirdest thing I’ve seen hawked from a stall there. Amane’s music is an easier sell however, with its glassy, tranquil production enlivened by a characterful guest vocal by Shivum Sharma that stops it getting too dull.

Geoff Barrow’s brilliant BEAK> are back. Twice in fact. Not content with simply sneaking back with one single, their upcoming ‘double B-side’ EP also features tracks by their mirrored alter egos KEAB (I can’t use the backwards ‘>’ as it fucks up the html). Why? Who knows, and who cares. The important thing is that both versions of the band sound as fantastic as we’ve come to expect from Barrow and pals. The BEAK> track unveiled this week, ‘The Meader’, sounds like a destitute Can prowling down some seedy alleyway, while the KEAB effort, ‘When We Fall’, has the warped folk appeal of early Bibio. We await the the other two tracks on the EP (presumably by AB^EK and EKvBA) eagerly.

I was first exposed to Black Josh after The Monitors published an interview with Blah Records honcho Lee Scott last year. The Mancunian rapper was one of Scott’s tips for the future, and ‘Know About It’ demonstrates why. It’s a collaboration with producer Pete Cannon, whose slinky, saxophone-laden beat creates an appropriately smoky atmosphere for Josh’s weed and retro computer game references. “I’m raising the levels like bicarbonate of soda,” he boasts. And how.

When I was in my early twenties, my musical dream would’ve been to hear Busdriver rapping over a super-hectic, cut to ribbons Amen break. Around a decade later and that dream has finally come true. Well, almost; the beat slows to a more reasonable tempo before the rapping really starts, but ‘Cascading Green Digits’ is a banger nonetheless. Busdriver has been on blistering form since last year’s Perfect Hair album dropped, and this collaborative production with Taurus Scott is as fresh as anything off that record. Righteous verses and a catchy hook – what more could you want? Apart from a bit more of that break at the beginning…

\\GT// may have a name that causes Google to crash when you try to search for it, but it’s a name you should keep your eye out for on the strength of ‘Something’s Wrong With My Mind’. It kicks off sounding like an Alabama version of The Woken Trees, but just as you’re starting to think ‘haven’t we got enough bands like this already?’, the incredibly twisted, discordant instrumental arrives and sends everything askew. If the main riff is like being served a hearty plate of fish and chips, the instrumental is the moment you realise the fish is not just still alive, but can also talk. About occult theories. In verse. An insane and incendiary piece of work.

Aiming to match \\GT// for weird is garage duo Love Buzzard, whose garishly animated video for ‘Cash’ is the best we’ve been sent this week. The music’s decent too, a deranged psycho-garage number that recalls the early days of Eighties Matchbox B-Line Disaster. One of those tracks that seems like it could fall apart at any moment, it fittingly ends in a blizzard of bullets and fire alarms.

I’ve never been a massive fan of Low, but each of their albums contains one song I absolutely adore. Last time around it was ‘Just Make It Stop’. This time… well it probably isn’t ‘No Comprende’. Still, it’s a decent enough track with a bassy backing that just about remains on the right side of ‘plodding’, and a crunching instrumental section featuring some classic sparse guitar from Alan Sparhawk. Nonetheless, I’m sure new album Ones & Sixes has better.

Russian producer Moscillate enlists the talents of Canadian vocalist Lüthian to add some spice to free download single ‘The Wake’, but while her singing is impressive enough, the finest flavours are found within the track itself. Sizzling synths are pricked by reverb-heavy fingersnaps and scattershot snares that turn a run-of-the-mill number into something that gently but firmly collars you. I’m growing a little bored of this style of music, but I wouldn’t be if it was all as sumptuously layered as this.

Big Dada scored plaudits aplenty with last year’s Young Fathers and Kate Tempest albums, and they appear set to cash in again with an artist who strives to combine the best of both. The emotive melodies and warped synth tones are worthy of the former, while Kerry ‘Roseau’ Leatham’s delivery has a similarly poetic cadence to Tempest at her best. While the chorus is pretty conventional, the verses have an unusual, lopsided feel that hopefully indicates the direction the rest of her debut album Salt will take.

I was shamed by my uncle at a barbecue on Sunday after it emerged that he knew who Jess Glynne was and I didn’t. Eventually I twigged that it was her off that Clean Bandit single, and apparently she also had a number one in March that passed me by completely. Still, said single can’t be much more tepid than this, an attempt at a summer smash that struggles to reach even lukewarm temperatures. While Tinie Tempah has put out some great singles over the last few years, this doesn’t come close to the heights of ‘Trampoline’ let alone ‘Pass Out’, and won’t be getting an airing at any of my barbecues no matter how much my uncle wants to hear it.

EP Address: Is Cold Courage the 'Her' to Jon Hopkins' throne? 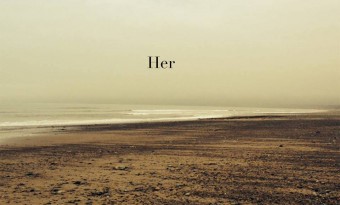 Cold Courage's debut is a gift to anyone who isn't immune to Jon Hopkins, while the latest releases from Weber, Napolleon and King Gizzard & The Lizard Wizard also make it into our EP round-up...
Read More