Ben Chasny is like a musical tectonic plate lurking at the bottom of my record collection. Aeons can go by without me listening to any of his music, and then all of a sudden – CRASH! – a month-long obsession with Comets On Fire comes out of nowhere, or a New Bums record rolls onto my turntable. Most likely to cause a rumble are Six Organs Of Admittance, Chasny’s main creative outlet, through which he has channelled everything from sprawling acoustic folk to thundering drones over the last fifteen years or so.

The chances of another Chasny-caused tremor were high in Hackney last weekend, as he took over Dalston’s Cafe Oto for a weekend orbiting around his recent album Hexadic, and the compositional process, or Hexadic System, that he devised in order to make it. On Sunday he held a workshop on that system (which I would’ve loved to attend, if only to try and better understand how the hell it works), followed by a solo acoustic performance. However, Saturday night’s full band appearance looked set to smash the richter scale right from the off.

Initially we’re lulled into a false sense of security by an incredibly delicate set of ambient piano pieces courtesy of support act Tom James Scott, the calming spell of which is only troubled by the sweltering heat and someone’s phone going off at full volume halfway through (complete with the classic Trigger Happy TV prank ringtone). Chasny then takes the stage. “This is the electric set,” he warns us, “so I hope you didn’t come to the wrong night!”

To reiterate the point, he loads up both barrels and blasts us with a scorching ‘Hollow River’. Taken from Hexadic, it’s a colossal slab of noise that’s as oppressively loud as Tom James Scott was impossibly quiet; but crucially, with the same well-judged instrumental touch. While the slipping-in-the-shower improvised drums don’t quite sit comfortably with the track’s stoner rock riffs, Chasny’s guitar negotiates every unexpected turn with serpentine skill. In other words, it rocks like an agitated bastard.

A smattering of clattering Hexadic tracks then throb through the venue with a hazy, jazzy humidity that reflects the weather outside, before a tempestuous, almost heroic version of ‘A Thousand Birds’ from 2002’s Dark Noontide gallops out of the stable.

Older songs like this and the lilting ‘Anesthesia’ not only provide an intriguing contrast amidst the snare rumbles and drones of newer tracks like ‘Sphere Path (Code C)’, but also seem to be charged with a searing new energy themselves. A less familiar number, which I don’t recognise, is even better, coming across like The Necks covering an Elastica track, which is a combination that apparently works much better than it sounds on paper.

Not everything is as successful. A slightly out of tune rendition of ‘Home’ feels too straight and strangely warped simultaneously, while Chasny’s vocals, which range from Comus-style warbling to throat-shredding shouts, don’t hit the mark as frequently as his guitar playing does. However, at their best the band are truly brilliant, not least on the powerful doom-folk ritual of ‘Black Needle Rhymes’, which craftily incorporate’s elements of Coil’s ‘Fire Of The Mind’ to conjure a stirringly pagan vibe – appropriate considering the close proximity of the summer solstice.

Following the most shambolic rendition of ‘Happy Birthday’ I’ve ever heard, which happens solely to embarrass a man in the crowd called Jamie, “who worked in Rough Trade back in the ’40s”, the band mix drones and cymbals into the bare-chest-on-a-mountain reverie of ‘Shelter from the Ash’. It’s the only music tonight that could come close to being described as cheesy, like a squalling folk-metal version of Metallica’s ‘Nothing Else Matters’, but it’s righteous good fun.

While a solo encore is sadly ruined by the pumping dance-pop beat that bleeds into the venue from next door, the tremors reverberating from this Six Organs Of Admittance gig take a good while to subside. I still regret not being able to catch the companion acoustic set the following day, but it seems likely that it simply confirmed what tonight’s multi-faceted set suggests: that Chasny is a jack of all trades and a master of, well, pretty much all of them too. 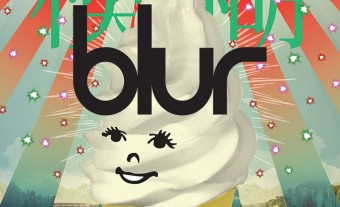 Blur return to Hyde Park for the third time in six years, only this time with a new album in tow. Can they whip the crowd into a frenzy yet again?
Read More