The first time I head ‘The Man Who Lives Forever’ by Lord Huron back in early 2013, I thought it was one of the most beautiful things I had ever heard. It keeps the company of Louis Armstrong’s ‘We Have All The Time In The World’ in that small niche of songs that manage to be impossibly happy and sad at the same time. Since then, the band’s debut Lonesome Dreams has become one of my default albums, accompanying many of the more poignant moments of my past two years – driving away from uni for the last time, sitting by a German lake at sunset, and more recently being shoved up in someone’s armpit on the tube.

Strange trails, this year’s follow up, has been slower to win me over, so I was hoping Lord Huron’s early June show at Koko would help make it all click.

Having only ever flicked through Lord Huron’s dreamy album artwork beforehand, I had no idea what they were going to look like in person. I half-imagined flyaway hair, something matching Lord Huron’s untethered vision of the world. Suffice to say I was not expecting frontman Ben Schneider’s teddy-boy getup, nor bassist Miguel Briseño’s tailored biker jacket and pout that threatened to poke his bandmates’ eyes out.

But whatever swagger their appearance implied was countered by the warmth of their presence onstage; Schneider quickly built an easy, unpretentious rapport with the audience, and showed us all what singing from the heart looks like. If he ever tried to serenade a girl who didn’t fancy him back, I can imagine the experience being mildly terrifying for the girl involved, but for us at Koko it was all very endearing.

Opening with ‘Love Like Ghosts’, we were instantly swirled up into Lord Huron’s distinctively rich sound. The close vocal harmonies, interwoven tripartite guitar lines, and inventive percussion lines are delicious live, as is the band’s mastery of pace and volume to build atmosphere.

It was clear Schneider & Co relished their time with the crowd, treating us to some cracking guitar moments at song climaxes, and a cheeky moment on the theremin by Briseño during ‘Way Out There’. I’m not sure this fairly basic retro instrument should have had us gawping to the extent we did, but who doesn’t enjoy a bit of novelty in a live performance.

Over the course of a 16-song set, I’m still not sure if the newer material quite stood up to the haunting atmosphere conjured up by Lonesome Dreams. ‘The World Ender’ was an unexpectedly raucous jaunt into Spaghetti Western fantasy land, but much of the rest of Strange Trails was made up of relentlessly rose-tinted love ballads. I’m making a concerted effort to be less cynical nowadays, but by the closing twenty minutes I was close to reaching a saturation point of niceness.

Nevertheless, Lord Huron’s energy and goodwill was contagious, so saturation point was narrowly avoided, and I’m happy to forgive them for lingering a couple of songs too many. The strength of the group’s musicianship, and their ability to enchant with their melodies and other-worldly lyrics, is something I’m glad to have witnessed in the flesh.

On a completely personal and subjective note though, there was one thing I couldn’t forgive Lord Huron for – and that was omitting ‘The Man Who Lives Forever’ from their Koko setlist. There’s nothing quite like the anticipation of the encore when your favourite song is yet to be played, and nor is there anything like the dismay when the band triumphantly plays completely the wrong song when they come back on. Guess it just means I’ll have to turn up again next time – and that’s okay with me. 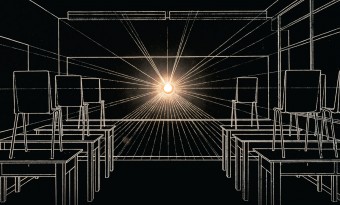 Leftfield's comeback album may be earning rave reviews from many, but it's the nostalgic older tracks that reduce The Forum to a quivering wreck...
Read More