Ah, The Macbeth in Shoreditch. I haven’t been here in years. It seems weird that we’ve been apart for so long, but I now find myself standing perched next to the lavish fireplace (not lit obviously) drinking a lovely pint of Blue Moon and waiting to begin a night that I imagine will leave me partially deafened with goodness.

It didn’t disappoint. Or did if you didn’t want to be deafened.

Sadly I missed the opening band DKH but apparently they were very good; I overheard a few conversations of fawning praise anyway. But I am well in time to see London underground heroes Silent Front.

Silent Front have been knocking about on the DIY scene for years and last year released their fucking great 2nd album Trust, a record full of noisy, abrasive punk brilliance. At The Macbeth tonight, they are nothing short of excellent.

As a 3-piece they create a jittery racket close in sound to the likes of Mclusky and other noise rock bastards whom you love and adore. The bass features heavily and can knock your teeth out from the small stage, with its pounding slabs of cold hard top-notchery. They are fucking great, right? It’s that simple. At one point their corrosive noise-punk seems to cause the pleasantly ornate patterning on The Macbeth’s decorative paisley wallpaper to dissipate and dissolve.

Or that could’ve been the Blue Moons I was drinking.

‘Following Silent Front will be a hard act to follow,’ I thought to myself. Probably whilst stroking my chin and trying to look cool, which is difficult to do when you’re standing alone next to a large fireplace looking like a lost geography teacher. But I think I got away with it.

KEN mode, or Kill Everyone Now mode – a motivational quote taken from Henry Rollins’ Black Flag tour memoir Get in the Van – open their set with the hooky new song ‘These Tight Jeans’, and from here on it’s a total noise-metal-hardcore-noise blast.

Comprising of Jesse Matthewson (vocals, guitar), Skot Hamilton (bass, vocals) and Shane Matthewson (drums), KEN mode have been around for fifteen years or so and clearly know what they’re doing, totally ripping into their set and playing hard into the faces of the on-watching crowd like they don’t give a fuck that it’s a Monday night. They probably don’t to be fair.

Success is a bit of a departure in sound for KEN mode, moving away from the more complex metallic screams of their earlier albums and into a murkier Chicago noise-rock territory. Appropriately, the album was produced by the legend that is Steve Albini, and when they play the righteous double bass assault that is ‘Blessed’, you can see why they hired him; it’s a beast that Mr Rollins would be proud to call his own. It’s so dissonant and unpleasant that it makes me want to cry tears of pure, unadulterated, aggro-bass joy.

They play a mixture of old and new, showing the depth of their impressive back catalogue. The crowd love all of it, lapping it up with their sticky tongues like sick, rock-loving cats, but it’s the songs from Success which are welcomed with cheers that suggest the audience have already taken the new direction to heart. More direct and sparse, those songs give the instruments more powerful focus and Matthewson’s pissed-off sneer more room to breathe and berate. The acidic lyrics are given more space to hit their humorous bitterness home.

As album launches go, KEN mode not only launched Success into the arms of the public but took a very large sledgehammer, went round to each and every one of the audience members’ houses, knocked on the front door, waited patiently to be answered, and entered with a wink and a smile. Once inside they proceed to smash the living fuck out of the high-end record players and audio equipment, leaving a lovely copy of their new record amongst the circuit board wreckage for you to keep.

Well not really, that would be vandalism, but seeing them tonight feels like a destructive new beginning, one where I’m more than happy to join in the wrecking. Please hand me another Blue Moon and a sledgehammer. 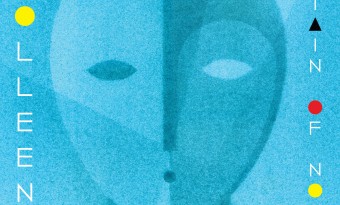