Such was the threat issued by Hot Chip on ‘Over and Over’, their breakthrough hit from 2006. At the time, the band seemed quite keen on making such aggressive statements: the title track from their second album, The Warning, went so far as to promise broken legs and snapped-off heads… although the exact provocation behind this (presumably retaliatory) violence was left unexplained.

Clearly these menaces were intended to be tongue-in cheek. Alexis Taylor, Joe Goddard and chums are a gifted bunch, but one suspects that bone-breaking and head-ripping-off won’t ever appear prominently on their collective C.V. That said, there was certainly something substantial behind these statements – an assertion that, contrary to their relaxed appearance, Hot Chip weren’t playing around.

Fast forward to the present day, however, and it’s clear that things have changed: Why Makes Sense? finds Hot Chip on a form that’s perilously close to deserving the label, ‘laid back’ – and for those of us who’ve always enjoyed the wilder, more irreverent side of their electronica, this may not be a happy turn of events.

The relaxed disposition isn’t immediately apparent. Lead single ‘Huarache Lights’ continues a long-standing Hot Chip tradition – one that dates back to 2008’s Made in the Dark – by opening the album with one of its strongest offerings. Queasy, Soulwax-esque synths are the key ingredient here, meshing with a particularly strong vocal performance from Taylor – a dreamy rumination on the liberating, energising powers of technology, even as it threatens to make us all obsolete. It’s a soaring, driving beast of a track, portentous and yet defiantly hedonistic. To put it bluntly, it’s an absolute banger.

By this point, of course, ‘Huarache Lights’ is also the most familiar element of Why Makes Sense?, yet it’s worth recapping the impact of this opening if only to offer contrast with what happens next. ‘Love is the Future’ is far more representative of the album as a whole: a fizzing R&B number that pops along under its own quietly confident momentum, punctuated with playful sprinklings of “uh”, “oh um uh”, “mmmhmmhmmm”, and other non-verbal vocalisations that really don’t work when written down, at all.

Like a lot of the tunes here, ‘Love is the Future’ sounds deceptively simple on early listens but rewards repeated play – although the brief cameo from De La Soul’s Posdnuous remains awkwardly forced. It’s an uneasy throwback to the era of “fuck it, let’s just chuck a bit of rapping in”, and while Pos’s contribution stops short of being outright embarrassing, there’s still a palpable moment of relief when it finishes. Still, the track does somehow get away with including what sounds like an electronic fiddle in its climatic moments – so ultimately we have to score this one a draw.

For a while, it seems as if such lukewarm success will typify Why Make Sense? as a whole. ‘Cry For You’ offers an acceptable line in call-and-response vocals, but ultimately resembles a watered-down cousin to ‘Night and Day’ from Hot Chip’s last album, In Our Heads. ‘White Wine and Fried Chicken’ is a soft ballad-y effort that becomes increasingly endearing over time, but again, while it recalls the similar tenderness of the title track on Made In the Dark, it can never quite match its sentimental punch.

‘Started Right’ earns credit for at least being a bit more creative in its callbacks, pilfering from Stevie Wonder and Isaac Hayes to forge a cohesive slice of funky ’70s pop, yet it’s still hard to shake the feeling that this is Hot Chip on cruise control, playing it safe.

Thankfully, the record explores more fertile ground in its latter half. ‘Easy to Get’ is a genuinely great song that actually shows off several of the band’s strengths: an immediately catchy hook, the salt-and-sweet interplay of Taylor and Goddard’s contrasting vocals, and perhaps most importantly, a structure that allows the song to develop a sense of weight and urgency.

The latter is also a key component of second single ‘Need You Now’, an emotive throwback to ’90s house. At the time of its release, ‘Need You Now’ suffered from being in the shadow of ‘Huarache Lights’, but in the company of its weaker album stablemates, its strengths shine through – not least because it’s one of the few songs where Alexis Taylor sounds like he’s actually feeling something.

For all my criticisms, I don’t actually think that Why Make Sense? is a bad record – it is merely a disappointing one by the band’s own high standards. As stated previously, most of the tunes do boast the kind of craftsmanship that rewards attentive return visits; Hot Chip seem to grow more confident with each subsequent release, and while there are still faint traces of the playful scrappiness that defined their early work, it’s clear that every quirk and kink has been set in place with considered, precise idea in mind. It’s tempting to blame the album’s shortcomings on this focus and polish, but In Our Heads took a similarly glossy approach, producing some of the group’s best work in the process.

No, the real problem with Why Make Sense? is that it’s too bloody laid back. According to the release notes, this is the first time that the Hot Chip live band has recorded together in residence, with Joe Goddard citing this as an effort to capture the verve and energy of the group’s on-stage work. It’s bizarre, then, that the record almost completely fails to capture this excitement. Live, Hot Chip have repeatedly demonstrated a knack for transforming their work; these metamorphic re-arrangements can turn even a comparatively mellow song, like ‘And I Was A Boy From School’, into something that sounds remarkably epic. And when they apply this touch to their more energetic numbers… well, the results are this:

But there’s none of that here. With the exception of ‘Huarache Lights’ and ‘Easy to Get’, there’s no equivalent to the intensity of ‘Flutes’ or ‘Motion Sickness’ from the last album, let alone older triumphs like ‘Over and Over’. To be honest, there’s nothing here that really draws attention to itself…

Nothing, that is, until we reach the album’s final, eponymous track.

I’ve held off on mentioning ‘Why Make Sense?’ until now, because frankly it’s a magnificent outlier. Arriving right at the album’s close, when everything seems to be winding down, it’s the aural equivalent of a surprise guest at a George RR Martin wedding – a rampant and unstoppable force, arriving from leftfield to utterly lay waste to all and sundry. It’s no wonder that the group chose to stick this at the end; if it had appeared anywhere else, it would have ripped a Grand Canyon-sized hole in the record’s already-fragile sense of cohesion.

A driving surge of percussion, of drum kit being violently punished for its past transgressions; a swirling tempest of electronic noise, computer euthanasia; and somewhere in the middle of the maelstrom, Alexis Taylor – heartfelt and defiant, searching for the meaning of it all, for something – anything – to hold onto.

Here, in the dying moments, is the realised promise of the album’s ‘live’ mission. Here is the rawness, the apocalyptic insistence, the burning desire to take creative risks. Here, finally, is the Hot Chip who will give you laid back. 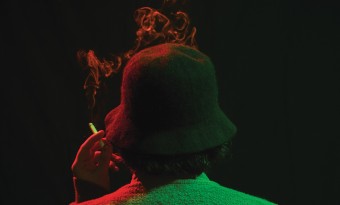 They might not quite hit the heights of his 1999 'Eureka' moment, but Jim O'Rourke's 'Simple Songs' are theatrical, ridiculous - and not remotely simple...
Read More