Last Friday was one of the stranger nights I’ve spent at Hoxton Square Bar & Kitchen. For me it was a night of two halves, starting with the launch of rock trio Bella Figura’s Never Learn EP, before being stripped down to a live set by Throwing Snow, the alias of electronic producer Ross Tones. In turn, he was a somewhat unlikely precursor to Scratch Perverts, who TFL timetables and my dwindling monthly funds sadly (?) drew me away from.

The warmth of the devoted crowd assembled for Bella Figura was akin to putting your hands before a roaring log fire in the depths of winter. I was stood alongside parents, girlfriends, brothers’ girlfriends and brothers’ girlfriend’s former colleagues (I was one of those), all keen to see the next chapter in the Bella Figura story. But the crowd was also big enough to suggest the band is gaining some traction outside of their mums’ Christmas card lists, and there was a tangible interest in hearing the new material for the music’s sake.

Coming onstage, there was a lot of hair, most notably forming frontman Justin Gartry’s superb eyebrows. The opening few songs placed the vibe in the classic rock zone – not usually my cup of tea. Luckily, any descent into cliché was rescued by Gartry’s gravelly vocals, and the band’s knack for finding fresh guitar melodies and some very sharp grooves in this overcrowded genre. I found myself unnerved by the fact that any sound this close to late-in-the-day Kings Of Leon could keep me within a mile of the venue.

The lyrics sometimes carried a whiff of cheese about them, but Gartry sang with enough conviction to override my cynicism. The audience didn’t seem to mind one jot, embracing the closing singalong of “I’m doin’ the best I can”, before coming together for a good old fashioned rock-out in the closing moments.

For me, the stand-out track of the new EP was the crisp, lash-out love song ‘Another Way’. As a newcomer, I also enjoyed hearing some of their older material for the first time. The sinister overtones of ‘One of Them’ cut through the evening’s general mellowness, whilst the bluesy ‘Somebody New’ filled me with goodwill to all men and women – I can’t resist something straight up bluesy with a swing in the beat.

The devoted nature of Bella Figura’s fans became apparent when at 10pm they swarmed out into the night, apparently uninterested in the electro-fest to come. Having been flaked out on by the bearded half of Monitors-affiliated Swizzle Knicks (I’m looking at you, Swizzle), I settled down for some solitary appreciation of Throwing Snow.

Frustratingly the venue didn’t fill back up again, and there didn’t seem to be much appreciation of Throwing Snow as a standalone act. Instead, drunken revellers seemed to accidentally stumble across the room in search of a moment’s relief from the R’n’B of the packed out main bar. They then hung for a bit, messily snogging each other, before vacantly complaining that the DJ wasn’t playing anything they knew and heading out.

Whilst the punters came and went, Ross Tones humbly delivered one very accomplished set. It was intelligently sculpted, beginning with more poppy samples (to which Tones whole-heartedly sang along) before morphing into something more intense. New tracks ‘Lumen’ and ‘Paint by Numbers’ were cracking live, spiralling synth patterns building up and down, punctuated by jerky rhythms and some very excellent dropped beats. I’d be keen to him play again in summer, accompanied by a more focussed festival crowd. In any case, this performance confirmed that he should soon be outgrowing these less dignified moments of the London DJ scene.

All in all, it seems to me that the folks at Hoxton HQ need to entertain the idea that a night’s momentum is achieved by having some kind of unifying thread running through the bill. Bella Figura and Throwing Snow are both top of their respective classes – but the chasm between these two classes, and between Throwing Snow and Scratch Perverts, meant Tones got a raw deal squeezed in the middle there.

As for me, my night ended up veering into the surreal when two married couples, fifteen years my senior, invited me to dance with them, plying me with pitying smiles and tequila shots. Very kind of them, in a grooming-y kind of way. In no position to pass up free alcohol, I shuffled into the circle and proceeded to have strange visions of myself in fifteen years’ time. The conclusion: if I’m still dancing to the future’s Bella Figuras and Throwing Snows, I’ll be happy. 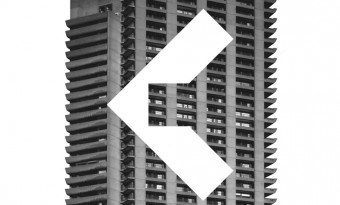 Does Squarepusher's performance at the Barbican suggest an ageing audience who now prefer cushioned seating to squalid raves? Or is his music actually more suited to acoustically tweaked auditoriums?
Read More