Less than six months since The Blind Shake served up their blistering Breakfast Of Failures album (and earned a place in our Best Albums of 2014 list), the Minneapolis punk trio are back with another 9 tracks of mayhem. Released, ironically, on Slovenly Records, mini-album Fly Right demonstrates that their hard-grafting prolificness doesn’t come at the expense of quality control.

Indeed, it’s immediately apparent that this isn’t the sound of a band knocking out tracks for the sake of it. Whereas Breakfast Of Failures offered a cathartic dose of sonic rage (“a botched tantrum transplant that leaves you convulsing with adrenaline and viscous inklings,” as we put it last November), Fly Right sounds like a band really enjoying themselves. Not to suggest that they weren’t before, just that this record isn’t so angry. In fact, more than anything you’d describe it as… wait for it… fun.

Although at the bass-light beginning of ‘Tar Paper’ the main shock is how tinny it sounds, even if in this case it’s a tin full of hyperactive wasps. Some sci-fi-tastic phaser blasts add a chilly feel towards the end, although the roaring vocals are as guttural as ever despite the surfeit of treble.

Still, if the opening feels like a shock it’s compounded by the maniacal garage-surf instrumental ‘A Clock, A Window, A Pyramid’, which is as grittily catchy as early Archie Bronson Outfit with a schlock horror edge. Music to read old EC comics to if ever I heard it. The 88 seconds of ‘Holy Road’ is even more playful, with freaky tremolo riffs springing out all over the shop like someone’s just sprung open a can of snakes.

It’s not all fun and games though. ‘Apes Live A Life’ stomps forward with determination but not much purpose (not unlike an ape in fact), before the more satisfying ‘Diamond Days’ kicks off with the same sort of country-garage sleaze that Fat White Family frequently wallow in, before hitting a chorus that a stoned Marc Bolan might have once whistled.

It wouldn’t be The Blind Shake without a bit of brutal noise though, and the clanging guitar chords that finish the track off do the trick, ringing out like a sword clattering against a solid steel shield. (Which reminds me, must get round to watching those Game Of Thrones episodes that leaked.)

A well-timed injection of energy is provided by ‘More Land’, which pegs along like it’s being chased by the cops, and ‘Yellow’ keeps up the pace by bouncing around like Tigger after finally being refused service at the Hundred Acre Wood branch of Wetherspoons. This, and the snotty howl of dissatisfaction that is the title track, will undoubtedly be great live.

Final track ‘Salt’ is perhaps the most fun of all the frisky offerings on Fly Right. A chirpy guitar line flits all over the thrashy acoustic guitars as The Blind Shake bash out the most thrilling country-punk party track since Dead Kennedys took on the Rawhide theme. If you don’t think there’s enough music out there that makes you want to throw your head back and holler ‘YEEEEEE-HA!’, then this one is definitely for you.

So if Breakfast Of Failures was a record which could take a rainbow and smash it to bits, Fly Right takes the sharpest shard and uses it to tickle your feet. It may not quite give you that same adrenaline rush, but ultimately The Blind Shake have just gifted you the most fun twenty minutes you’re likely to have today. Accept the offer my friends, and Fly Right. 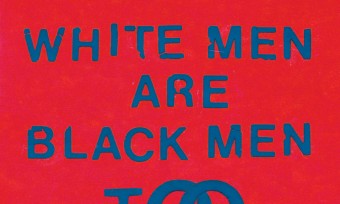 Young Fathers' second album might have a title that seems needlessly inflammatory at first, but it's a record that speaks with you rather than at you...
Read More