It’s rather rare that farewell concerts get me excited. Maybe it’s my own recent jaded experiences of hearing bands or even organisers claim it’s the Final. Ever. Show. Definitely. Honest. Only to reform or rebrand a few years later (or even months if you count ATP 2.0’s recent relaunch, which conveniently made a return to holiday camp festivals), using it as nothing more than a simple but enticing marketing hook to sell tickets.

Well, when I heard this would be the final ever show for Cuba’s finest, Orquesta Buena Vista Social Club, featuring several surviving members including Omara Portuondo, trumpeter Guajiro Mirabal, laúd player Barbarito Torres and trombonist and main conductor of the ‘brand’, Jesus “Aguaje” Ramos, it sounded irresistible. To witness this ‘Adios’ tour over the Easter weekend, at the Royal Albert Hall no less, was too good an opportunity to miss.

After setting the tone early on with a bombastic opening of ‘Como Siento Yo’ and ‘Bodas de Oro’ featuring singers Carlos Calunga and Idania Valdéz, double bassist Pedro Pablo, and pianist Rolando Luna, the gaps were filled admirably as they rolled through both old and new (which is technically still old, from the recently released Lost and Found collection of unreleased demos and archive material). The group mirrored their predecessors as each former member was illuminated poignantly on screen, receiving a bout of applause every time a now departed friend appeared.

When their new cycle of members enter the fray and settle into their roles they are surely likely to continue on in various guises, but it was a real pleasure and honour to witness the members who had been there from the start. It was an unfortunate shame that the other surviving member, Eliades Ochoa, wasn’t able to join for this show but the ensemble did enough to keep the songs flowing with fervour and pizazz. 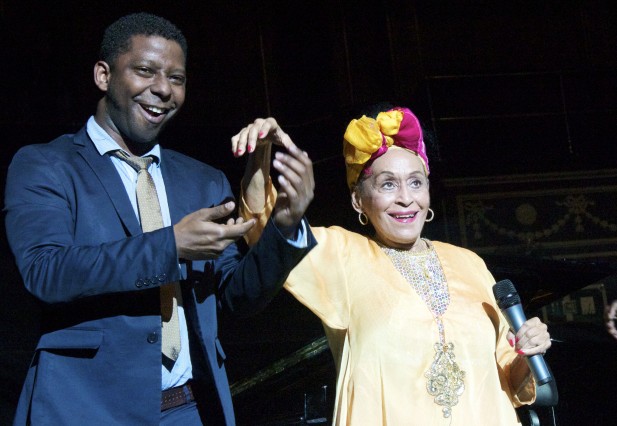 The ultimate highlight of the evening was the appearance of Omara Portuondo midway through the set. She looked dazzling and glamorous in an white and orange outfit, and she brought the crowd to their feet as she showed off her dance moves on ‘Lagrimas Negras’. She absolutely defied the fact she is in her mid-80s, showing such passion and energy that it made me feel pretty pathetic as I slouched and struggled to get up whilst in the photo pit for her first three songs. During ‘Veinte Años’, which she sang only accompanied by the piano, perched next to Luna her voice sounded sublime and travelled with such power it was hard not to feel moved, as she evoked long, hot Cuban nights full of romance, relaxation and rum. 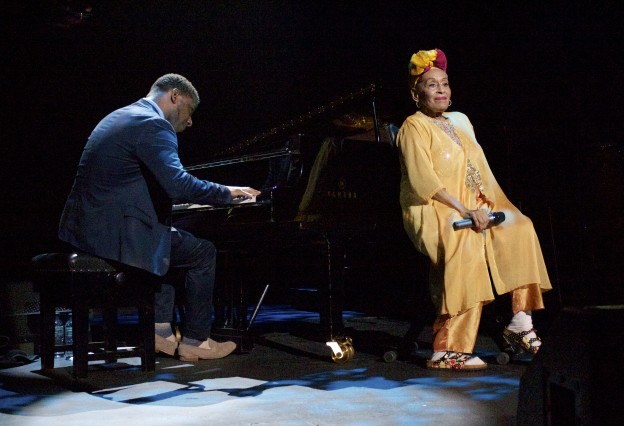 ‘Chan Chan’ dropped. Of course. It was good. No it wasn’t. It was brilliant. Hundreds of middle class couples rose to clap and step from side to side. Some people decided to ditch the formalities and take to the aisles to show off their moves and prove their salsa lessons were not in vain.

The atmosphere was incredible. Surviving member Barbarito Torres playing the Cuban laúd as it was behind him, without looking, and laying down a solo smack down which had every one in raptures as they ended the evening with ‘El Cuarto de Tula’, ‘Dos Gardenias’ and the uplifting ‘Candela’. The evening finished with a rousing finale where everyone returned to stage and received their final and deserved bow. 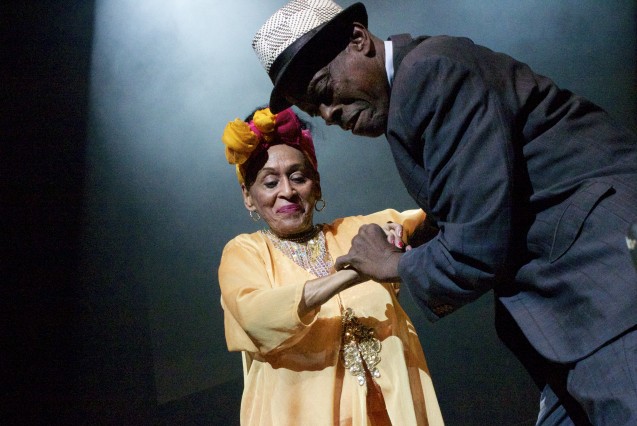 Portuondo was the last to leave the stage, reluctant to depart and having to almost be ushered away as she let out a yelling ‘Eh Oh!’ refrain again and again which carried on into the crowd long after the music had ended. It was a farewell she clearly didn’t want to end. Triumphant yet sad.

While the ensemble is surely something of an anomaly in music business terms, due to their ever-changing line-up and the fact that they’ve never really had one defining frontperson, Buena Vista Social Club means more beyond the individuals and the legend and legacy will live beyond their contributors. This very Adios Tour itself represents the distillation of more than a thousand shows over 16 years, involving more than forty musicians. 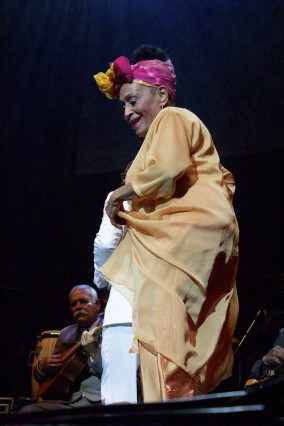 During that time the group has evolved into a customised, dynamic, multi-generational big band in which veterans and younger performers have combined to celebrate Cuban musical tradition with its jazz flair and playful mambo zest. Although I was privileged to see them in this final incarnation of the Orquesta Buena Vista Social Club cycle, I have high hopes they’ll add to the ranks and continue marching on. 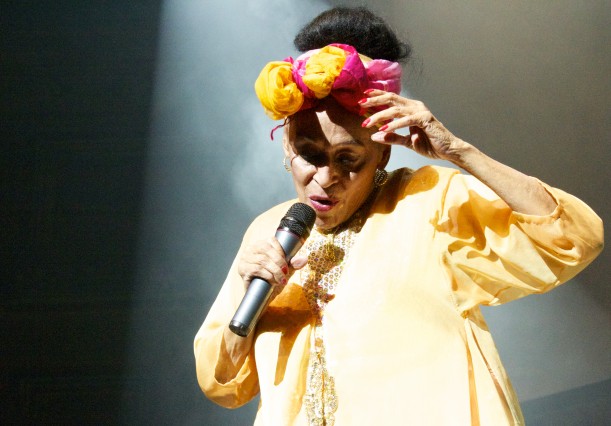 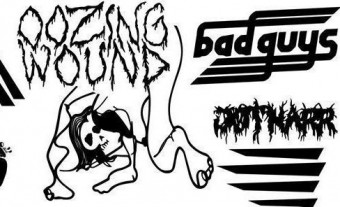 Luke O'Dwyer spent his Easter thrashing away to an outrageously heavy line-up in support of Oozing Wound's first London show, and now he's resurrected himself to tell the tale...
Read More