King Khan and Mark Sultan have been making music together for years now, first teaming up in the food-fighting Montreal garage outfit The Spaceshits. Following their breakup and a stint with Les Sexareenos, Sultan set up shop as BBQ Show, releasing the excellent solo albums $ and The Sultanic Verses, while King Khan went on to achieve near mythical status as the psychedelic headdress-wearing ringleader of The Shrines.

When they’re not off doing their own respective thangs, the duo tour and record as The King Khan & BBQ Show, bashing out a blend of Ronnettes-style girl group melodies, red leather diner doo-wop and stinky-fingered punk rock. The pair have dropped some great albums, including What’s For Dinner and the stonking Invisible Girl, and this week the fellas are at it again with their long-awaited new LP Bad News Boys.

Bad News Boys is something of a reconciliation, the first album the pair have recorded since the 2010 tiff that resulted in a brief hiatus. The little break hasn’t done Khan and BBQ any harm, and our boys sound as comfortable together as ever in the studio. ‘When Will I Be Tamed’ chugs along convincingly, while the thrashy tantrum ‘Diary Of Fuck Off’ provides the most pleasingly filthy mondegreen of the year so far, a lyrical throwback to the days of ‘Fish Fight’ and ‘Tea-Bag Party’.

The anthemic ‘Buy Bye Bhai’ smells a bit like The Beatles’ ‘Oh! Darling’, and there’s a nod and a wink to Jimi’s ‘Third Stone From The Sun’ on the jolly Scooby snack jam ‘Snackin’ After Midnight’. The sixties vibes are continued in ‘Illuminations’, ‘Never Felt Like This’ and standout track ‘Kiss My Sister’s Fist’, while the spunky closer ‘Zen Machines’ is the only tune you’re ever likely to hear about Hare Krishna, Conan O’Brien and colostomy bags.

Plating it up like they always did, Khan and Sultan ricochet and career off one another on ‘Ocean Of Love’ and ‘Alone Again’, with Sultan’s clear voice blending nicely with Khan’s bow-wowing and growling, James-Brown–with-a-strangulated-testicle yelps. King Khan is the centerpiece of The Shrines, the feathered amphetamine Glen Miller bandleader. But The King Khan & BBQ Show is a joint enterprise, split right down the middle.

OK, so this album isn’t their best. There aren’t any songs as good as ‘Why Don’t You Lie’, ‘Hold Me Tight’ or ‘Lonely Boy’ here, the record doesn’t scale the same heights of Invisible Girl or ensnare the supercharged energy of their eponymous 2005 joint. While Khan and BBQ may find it hard to top some of their previous work, the fact remains that overall, they are consistent, and listening to Bad News Boys isn’t a bad way to spend half an hour at all.

A strong album that will surely shape up as one of the most memorable of the year. Business as usual for The King Khan & BBQ Show, then. 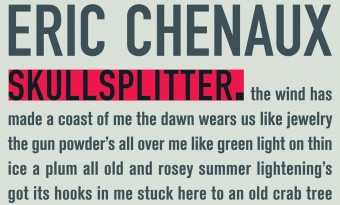 Constellation stalwart Eric Chenaux utilises a host of experimental techniques on his latest album, and the result will leave you feeling either spellbound or seasick....
Read More