The Times once famously reviewed Queen’s ‘Tie your Mother down’ with the quote “sheer bloody poetry”. We were so taken with this idea we decided a more direct link between music and poetry was needed. Hence our new feature, ‘Haiku Review’. 17 syllables of summary applied to some of the worlds best new music…

In terms of narrative, the puddle-deep waters of bass-led dance music have traditionally remained rather calm and unrippled. A few well-chosen Blade Runner samples may hint at deeper content but that’s about as far as it goes. Snow Ghosts however are about to write the book. Packaged like a Dungeons & Dragons expansion pack, A Wrecking comes complete with a map promising adventure. There is something wonderful going on here: story-telling. Despite the electronic undercurrent this is gothic folk music for the modern age.

There was a time when cautionary tales were vital evolutionary tools that passed down from lips to ears. These forewarnings were grim in every sense. They spoke of life, death, love and loss with unflinching duty. At some point in the recent past our collective need for cautionary tales has diminished. A sanitised Red Riding Hood now makes friends with the wolf, Hansel & Gretel simply stumble upon a misguided bake off and the little piggy who ‘had none’ now claims he just wasn’t hungry. In folk music parlance, ‘Mad Tom of Bedlam’ became ‘that bloke from Mumford & Sons’.

Snow Ghosts are not afraid of the dark. Their music is haunting and their delivery is serious and deliberate. It may seem a little prog rock to dive this deep into the ‘concept LP’ in 2015 but there is a lot of ordinary music out there, treat yourself to a little stereo adventure for once. The melodies are rich and strong, the atmosphere expansive and the siren-like delivery is as enchanting as the legend suggests.

A mariners tale
Not an albatross in sight
Dive in, drift away 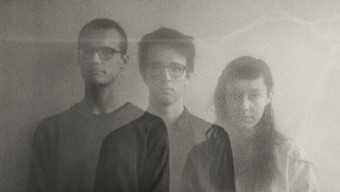 Braids return with the single of the week and political track of the year so far, plus there's new music from Prefuse 73, Jake Chudnow and the long-lost Cannibal Ox...
Read More