Bestival has announced its first wave of headliners and acts, and there’s lots to get excited about already, even if you’ll have to wait ’til September…

The first batch of artists includes the return of The Chemical Brothers, Underworld and Duran Duran (!) as well as an appearance by Motown megastars The Jacksons, while also on the bill are the likes of Flying Lotus, Madlib, Tame Impala, Kate Tempest, Little Dragon, Todd Terje, Four Tet, Dean Blunt and Jurassic 5.

To whet your appetite, why not read some of our live reports on some of the alternative acts already on the bill, like Future Islands, Sleaford Mods, Fat White Family and Young Fathers – plus you can also digest our full review of last year’s antics here. Or if you don’t have time, just let us assure you that you’re bound to have a ball.

Radio 1 DJ Rob Da Bank, who curates the event with with his wife, Josie Da Bank, shared his excitement ahead of this year’s festival.

“We’re taking it right back to our roots for the 12th annual Bestival,” he states. “It’s also the 20th birthday of the club where it all started, Sunday Best, and that club and our beloved Bestival were founded on some pretty simple aims – listen to amazing music, make new friends, have fun, and maybe stay up all night.

More acts are set to be announced in the coming months, including headliners for the Friday and Sunday night, so keep your eyes peeled… 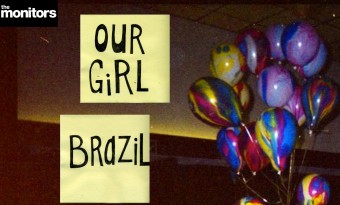 The Monitors host a special shindig next week at one of our favourite venues, Power Lunches. Our Girl, Brazil and the City Shanty Band will be in attendance, so make sure you are too...
Read More