As is uncomfortably pertinent at the moment, religious people can sometimes be, how can we put it, a little bit nuts. You might say that believing in a giant invisible daddy in the sky is pretty nuts to begin with, but most people who do so practice their faith in a fairly benign way that is pretty easy to ignore. By and large, as long as no one’s waving an AK-47 around, most non-believers are content to let people get on with it and concentrate on something more interesting.

Sometimes, however, the lunatic fringes of religious faith can be too compelling to ignore. That’s certainly the case with the new video by Italian psych-occultists Mamuthones (named after these somewhat terrifying Sardinian carnival masks), which uses footage from Holy Ghost People, a documentary on one of Christianity’s more colourful renewal movements, Pentecostalism. “It all started with Holy Ghost People,” explains frontman Alessio Gastaldello. “It’s a 1967 documentary directed by Peter Adair about a Pentecostal snake handling church service in the tiny mining town of Scrabble Creek, West Virginia. So when we started to think about the video it was obvious to use the documentary.”

The band also used audio samples from the film on two tracks from their forthcoming split LP with Evil Blizzard, released next week as part of Rocket Recordings’ Collisions series. ‘I’ve Gotta Be’ is an intriguing taster, combining convulsive guitars with repetitive disco percussion, like Talking Heads being chucked into a zoetrope. It ends with the sampled refrain, “I’ve gotta be just what I am”, although considering where that sample came from, “what I am” may well be “bitten by a snake” before too long.

Have a gander at the video above, then head over to Internet Archive where you can watch the original Holy Ghost People in full. 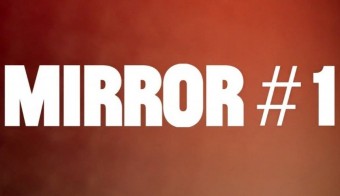