When you’re one of Lars Von Trier’s favourite bands you’re… well, I don’t know what that makes you apart from worth a listen.

Up until 2005 point two of Dogme 95 would’ve seen Von Trier disregard them from a cinematic project (the stigma to ‘falseness’ banned non-incidental music in films). Given his recent foray into cartoon penguins, you could be forgiven for thinking the guy has gone soft. That is until you hear OOFJ. The LA based duo, formed of the “all instruments” playing Jenno and Katherine Mills Rymer on vocals, are not short of friends. Having sound tracked Von Trier’s 2011 picture ‘Melancholia’, and recent release ‘You’re Always Good’ (a lead up to their debut album, due for release early 2015) featuring the Concert Master of the Royal Danish Opera House and Trentemoller’s Jakob Høyer, OOFJ’s music is expectedly cinematic and scene setting, while also intricate and emotional. Meanwhile, their self-made remix of the track (entitled ‘Always Bad’) brings them clearly into the same line of heritage as other Monitors favourites The Knife and Planningtorock – techno infused, androgynous pulsations backed with ghostly vocals.

We sent the duo a few questions on differentiating between soundtrack and song, the meaning of the word epic, and asked them to run through some of their favourite film scores…

Hi OOFJ – how do we pronounce that, by the way?
Jens: You can say it anyway you want, and awesome electronic handshake to you too.
Katherine: Its easier probably to say O , O, F , J.
Jens: Or OOFJ as in sounding like ” Smoosch”
Katherine: Anyway that falls of your tongue better.

How does writing for the screen and writing for music’s sake differ? Was there ever a worry that your tunes might sound like backdrops as oppose to things in themselves? (Just to say I don’t think they do…)
Jens: I don’t think they do either and I don’t have any issue with that. Making music for a film is very different than making songs that stand on their own. Working with film you always have to suit the mood for the scene whereas making music on your own you can do whatever you want as if you’re the director.
Katherine: Also I see it as maybe the voice is a string to pull through all the forestry.
Jens: Yeah, my string arrangements are often big and imposing or I’d say very full which is like the Spectorish wall of sound that interests me. And we are very inspired by cinema and complete worlds, its almost as if its a movie for the blind..is how I think we think about making it.
Katherine: Simply, I think sometimes our music is the movie of itself already.

You seem to fit in with the heritage of orchestral inspired electronic acts – Fever Ray for one springs to mind. Who are the film composers and artists which inspired you early on to start mixing sounds and styles?
Jens: I come from a background of growing up with classical music and then turned into jazz and then into electronic music, so it’s very natural for me to mix the genres. I have listened to a lot of people like Portishead, Radiohead, John Barry, Ennio Morricone, Badalamenti, Prince and Miles Davis of course.

There’s a melancholy to ‘You’re Always Good’, especially within the repetition of the title with the vocals, despite the title being read as something positive, is that juxtaposition purposeful?
Jens: Yes.I like these romantic compositions that are dark underneath.
Katherine: Ja definitely. Melancholy is a weird emotion, almost like guilt in someway, it’s ‘a something’ indescribable. In both states you seem to have a natural repetition that comforts and deepens the state.

‘Snakehips’ and this track seem to have pushed you into a more epic direction… what can we expect from the LP?
Katherine: Great I’m going to tell my brother “I’m Epic”!
Jens: I think our sound has deepened and opened up. The album is very us. Dark, full, emotional and in some spots sparse and minimal. And groovy.
Katherine: Which is Epic, I suppose.

A dystopian, synth master piece. It makes that neon death of the film so haunting and full yet very distant and cold, just like the constant rain in the film. Also it has a sound that is very unique. Everyone I feel is trying to get to that in electronic music.

2.The Good The Bad and The Ugly by Ennio Morricone

Another classic. It is just so badass. I mean we can sit there and watch that movie (well hear it) over and over and it still so accomplished and peculiar. All those pan pipes, very rarely can anyone do what he did with the panpipes.

The ” Lalala” repetition is genius. This is another landmark that everyone is influenced by. It has a lot in it that I think reminds us of us. The fragile vocal, the ominous and maybe, the slight perversion. The hidden sexuality.

This score was actually supposed to be done by someone else whom they fired in the last minute and got Goldsmith to do it in only ten days. Despite the fact that there is only 28 minutes of music in the whole film it stands as one of the best scores of all time. An incredible achievement! 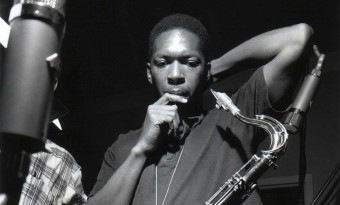 In a companion piece to yesterdays 'Sax Appeal' feature, our favourite sax players talk us through the history of their instruments and the musicians who inspired them...
Read More