If any other band had released a statement for their last ever tour that read:

See you on the dance floor…”

… everyone would’ve look at each other and gone “nahh”. It’s testament to The Knife’s legacy that they’ve created such an individual artistic space for themselves, an artistic space which so much of the left-field dance community has tried to emulate. Yet they’ve all (largely) failed to achieve such heights in the crucial elemt which has made The Knife quite so good: the tunes.

Shaken Up Versions is a compilation of remixes of The Knife tracks which were produced especially for their recent ‘Shaken Up’ tour by the two piece. This makes them a little more dancefloor friendly, for the sake of the live shows dance routines no doubt, and in the main Shaken Up delivers a collection of The Knife tunes to fulfil their final promise.

The re-workings in the main add a barrage of percussion to proceedings, and up the tempo. ‘We Share Our Mother’s Health’ is now a rampaging collection of tribal rhythms; ‘Bird’, too, a distorted synth number, the sound of war drums coming through the speakers. This particular track runs throughout their heritage, from the original featured on their debut album, leading into the ‘Variation’ featured in their opera Tomorrow, In A Year as a very disorientating six minute siren song, to this more energetic and immediate reworking. It seems that over ten years into their career, they’ve got so used to beating people’s premonitions on what should come next, they now deliver what a lot of people would’ve perhaps wanted in the first place.

This release works as something of a ‘Best Of’ compilation, but on the group’s own terms. Not a simple cash-in, but a re-imagining of one of the most creative acts of the past decade. While they refuse to go near a song such as ‘Heartbeats’ live or otherwise (even they probably realise it’d be hard to take or add much to such a well formed track, a pop one in fact), crowd favourites like ‘Silent Shout’ and ‘Pass This On’ are elongated, their pulses highlighted, sexuality played with (the ‘brother’ of ‘Pass This On’ is changed to ‘sister’ here). They’re remade for a dancefloor The Knife invaded properly when they unveiled their ‘Shaking The Habitual’ show and stopped ‘pretending’ to play live, letting a dance troupe do the talking for them instead.

At the end of the ‘Shaken Up’ live show, the performance turned into a choreographed rave, something that wouldn’t have been out of place during the 2012 Olympic opening ceremony, and one of the performers announced “this is your dance floor” before a mix played before the throb of people. This release is their call to the mass events of the night-time, a final hurrah which might see the end of The Knife as a touring body, but should get their records blurted on decks and in clubs around the world for a while to come. See you on the dance floor. 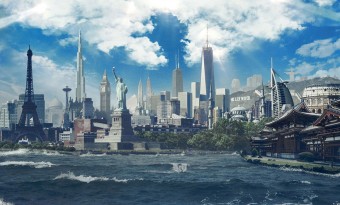 It's probably not fair to expect Wu-Tang Clan to keep producing coherent, relevant hip-hop now they're in their forties, but 'A Better Tomorrow' still can't help but underwhelm...
Read More