Has Paul McCartney still got game? Can Peter Andre save Christmas? And which of this week’s artists has the same fowl pet as reviewer Nicholas Burman? Find out in our latest singles round-up…

Paul McCartney – Hope for the Future

The constant optimism of Macca is hard to resist, and here he brings his vision of the future to the soundtrack of a video game, which is an interesting development for song distribution (gaming being the biggest media in the world, bigger than film and music combined in terms of profit. You can’t knock him for enterprising…)

You do get the sense that his best lyrical moments are behind him though. At one point he states: “If we leave the past behind / We’ll fly beyond the sun.” I don’t really know what that means, and I’m pretty certain the past leaves us. On a broader point, there is a point where old hippies have to realise it’s a little bit their fault that their grandchildren are fucked – ‘Hope for the Future’ isn’t the song which admits it.

“Let us be one,” Kissey somewhat flatly sings underneath a pretty forceful, Depeche Mode-aping drum machine beat. The song is a little unwelcoming in that same anti-romance way the Drive soundtrack worked – coincidentally ‘Melting Pot’ comes from the soundtrack to Justin Simien’s race relations satirical film Dear White People (yet to be released in the UK).

Fraser A. Gorman – The Book of Love

Looks like me and A. Gorman have something in common – we’ve only ever had a chicken as a pet. Not that I’ve ever asked my chicken for advice on romance (see video). Actually Charles Bradley once had a pet chicken too. Anyway… this modern blues Aussie artist has an aura so chirpy I was worried that the overriding air of joy was going to strangle my ears. ‘Book of Love’ is just about not too serious about itself to glide me into into its sunny wisdom for its duration, although a bit like a rich desert maybe a little too sickly sweet to return to too many times.

A melancholic trip-hop tune with plenty of darkness alluding to the shadows of its title, this Finnish lot are somewhat an unknown quantity at the moment, although by the cinematic quality of this track’s conclusion I’m looking forward to a fuller body of work from the duo…

Probably the first Bruno Mars tune where I haven’t found him unbearable, here Mark Ronson gets him in full sleazy, coke-fuelled mode (which feels a more honest representation than his usually earnest romantic side), backed by a full pastiche ’80s party funk band. It does remind you that Ronson can actually craft pretty fail-safe individual set-pieces.

They’re not likely to be stepping away from this formula anytime soon… ‘Get Away’ is more icy cool ’80s-ness from the Scottish trio. Still not as as good as ‘Gun’, which I swear is still the only song from them I can hum, but close enough to make the Radio 1 B-list a little more interesting.

This is a proper stomper of a tune. The Bristol-born producer/DJ has a panache for repetitive guest vocals over a bouncy bassline. Not much need to talk too much about a tune like this when you could just stick it on repeat…

Proving he knows where to put an apostrophe, this track exists purely for ITV2 montages and sustaining his ‘Grandma’s favourite pop star’ status. For someone who thinks Christmas is only good for having a week of lay-ins, it’s the musical equivalent of a face full of whipped cream. While it’s no Mariah, it’s still more honest, less patronising and more bearable than Band Aid.

NZCA Lines is a weird one, narrowly missing Toro y Moi and London Grammar’s school of updated ’80s synth R&B graduation into a wider consciousness, and remaining something of a indie scene curio. Being the brother of former Metronomy man Gabriel Stebbing can’t be an easy shadow to remain in either. ‘New Atmosphere’ isn’t a bad song, it’s just not a particularly great one either.

‘Martin’ is a cacophony of psychedelic noises, from screeching horns to a warped ’80s house beat and a ghostly voice starving off a mystery shepherd. It really works though, the whole thing building up to a strangely engaging and epic climax.

A fairly straight-laced shoegaze tune, the sort of thing Radiohead might’ve demo’d pre-Pablo Honey. Despite its lack of originality, the central riff is pretty enough to lead you through its surprisingly brief four minutes.

Single-Minded: A taste of Little Boots... 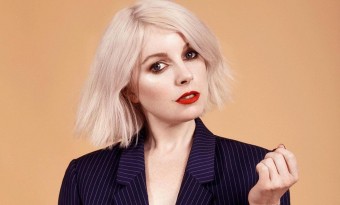 The returning Little Boots leads our singles round-up this week, along with new tracks by Mogwai, Breakage, The Amazing Snakeheads and more...
Read More