When I picture TV On The Radio frontman Tunde Adebimpe singing their new album Seeds, I can’t help but picture a Jim Henson puppet, smiley mouth wide open and eyes bursting from sockets, charging left and right to the beat. Such is the relentless happiness of this album. But unlike after watching Grover & co sing the alphabet, the experience does not make me happy in turn.

I can deal with the hope and promise woven into opener ‘Quartz’. Life starts with hope and promise. OK Computer starts with hope and promise. And the crafting of ‘Quartz’ is strong enough to carry the optimism. We are drip fed a beat, a bassline, some endearingly gruff backing vocals (cookie monster? The kids’ TV analogies fit suspiciously well), and together they conjure up just the kind of tingly anticipation you want at the beginning of a record. I can even forgive track 2, ‘Careful you’ which, with its wompwompwompwomp bassline, calls to mind ‘Silver’ from Caribou’s equally cheerful Our love from a couple of months back.

But by the time we get to ‘Could You’ the good vibes start defaulting into painfully pedestrian chord patterns and 4/4 rhythms, which plague so much of the remaining record. A plague of rampant fimbles. Seeds is in desperate need of some of the grit and earthiness which has defined TV On The Radio in the past. I want the vocals to be as scratchy as on ‘Wolf Like Me’, I want the wholesome synths to be stripped back to ‘Love Dog’ territory. Instead, the poppy production makes me feel like I’m in a nightmare where I can’t alight from the world’s most buoyant space hopper.

“But wait!” I hear you cry. “‘Happy Idiot’, ‘Test Pilot’, they’re in minor keys! They’re not uplifting! Aha!” Well no… they’re just a bit annoying. The former feels more 2005 Kele Okereke than 2014 Brooklyn cool, whilst the dragging tempo of the latter brings about more of a bland stupor than any complex emotion. Up until the final thirty seconds that is, when the atmospheric fade out derives an unexpected poignancy from the dregs of the song proper.

Of course, it is difficult to harp back to past sounds and successes after the sad loss of bassist Gerard Smith to lung cancer in 2011. This album is the first to follow the event, and maybe we can attribute some of its lack of creative assertiveness to the fact the band must find its niche again after an ordeal we cannot comprehend.

So let’s reserve this merry collection of tunes for some sunny festival sets next summer, when, let’s be honest, I’ll more than likely quit my moaning and muppet dance along with the best of ’em. And I’m crossing my fingers that, before they next walk into the recording studio, TV On The Radio take all their cuddly toys to the charity shop and de-fuzz their feelings into more of the remarkable music we know they have waiting. 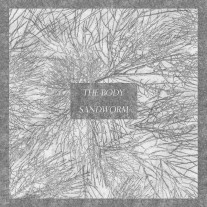 Ghostly wails and whistles float past in the background as the sound pulls you deep down into its industrial mire, leaving you feeling totally drained and depressed. It’s great!
Read More