Around a decade ago you could pick up a magazine called Specialten in most record shops. It wasn’t a normal magazine, mind. While on the outside it appeared to be the same shape and format as the issues of Uncut or Mojo next to it, its cardboard exterior actually housed nothing but a DVD and a few art prints. The DVD contained a whole bunch of content – music videos, interviews, features – with the advantage over its print rivals that you were able to experience the music on the cover straight away (remember, this was before Youtube existed).

Of course, after the advent of Web 2.0 there was little need for DVD magazines any more, and Specialten quietly folded. Yet despite the unprecedented access we have to instant music content these days, it could be argued that it’s no longer curated as effectively, or valued as deeply. An issue of Specialten may have only featured a few tracks, but you’d give them all your full attention. No Facebooking while they played, no skipping to halfway through with a single click to see if it gets interesting – when you pressed play, you generally committed for the duration.

Of course, that’s only because Specialten was worth committing to. I must’ve watched some of those DVDs a dozen times, and they introduced me to the likes of Smog, Devendra Banhart, and Swiss electronic trio Sinner DC. The video for their track ‘Romy Schneider’, a mix of dusty beats, mournful piano and vinyl scratching akin to early DJ Shadow, was one that got particularly rinsed.

Oddly, as I realised when I subsequently bought the album it came from (and the ones that followed it over the years), it turned out to be something of an anomaly. What Sinner DC actually specialise in producing, from the exquisite ‘Alice’ to the symphonic ‘Afterland’, are thick swamps of delicious electronica.

2012 album Future That Never Happened was full of such material, and now it has its own remixed accompaniment, featuring the likes of Colony, Pedro Magina and former Spacemen 3 member Pete ‘Sonic Boom’ Kember (with whom Sinner DC have just finished a collaborative album due out in the new year). Essentially, it’s their own personal edition of Kompakt’s Pop Ambient series.

Does it match the quality of the original LP? Ultimately no, but then these things never do. The good news is that it’s a worthwhile accompaniment regardless, with plenty to let your teeth softly sink into as it starts working its magic.

Admittedly, this does take a while. Zwei Kreise opens proceedings with his Cottonwood Mount Mix of ‘TC’, all eerie minimalism with some occasional bird tweet counterpoint. Sadly there’s little trace of the absorbing synth splooshes of the original, and instead it feels like background music during a quiet bit of a computer game like Dark Souls. Similarly, while Miruga’s mix of ‘Dreamliner’ unexpectedly livens up the fairly morose original with some nice woozy tones, it’s warming without being especially satisfying, a bit like a Cup-a-Soup.

Indeed, it’s Sonic Boom himself who first really raises the bar. His ‘No Hats Mix’ of ‘The Horizon’ is agreeably spacey, and likely to have melted you down into a blissful goo by the end. Ghostape’s ‘Slow Version’ of ‘Day/Nite’ produces a similar effect by slicing out all the kinetic elements of the original, thus managing to sound like the breakdown in the middle of a club banger, falling and rising like a diver’s final few breaths before leaping off the board.

Devecly Bitte’s mix of the same track also has a respiratory feel, although this time it’s nitrous oxide rather than oxygen that has been inhaled. Unfortunately, Pedro Magina’s is the least successful of the three versions of ‘The Horizon’ on the album, offering too little at the beginning and too much at the end. In contrast, the Lungwah Mountain Concern Mix of ‘Endless Valley’ taps the richest vein of ambient music: deep enough to submerge yourself in, yet with enough textures and subtle shifts to reward close listening.

Excluding the interludes that pepper the album (with the watery ‘Oliver Interlude #9’ being my favourite), three remixes of ‘Where She Goes’ round things off. Velveljin’s is simultaneously one of the most banging and most soothing tracks on the record, which contrasts nicely with Lungwah’s more disjointed ‘Slow Roast Mix’. The best effort, however, is Colony’s. Sinner DC have always had a great grasp of melody and harmony to go with their beats, and Colony lets their vocals take a more prominent position than most of the remixers here. In fact, it weirdly sounds less like a remix than the original.

Sometimes I worry whether the overwhelming clamour of the post-internet music industry perversely makes it harder to discover acts like Sinner DC. Would I ever have heard their music without Specialten? Would they just be drowned out by the millions of bedroom producers flooding Soundcloud and Beatport if they arrived on the scene these days? Who knows. Luckily, thanks to that DVD I bought years ago, I’m able to use their music to drown out their competitors rather than vice-versa. 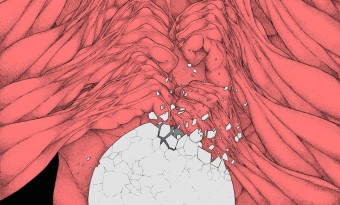