OK, so while the November rain means we’re all moaning about the weather right now, we know it ain’t really that bad. OK, it’s a bit chilly and no one can afford to turn on their heating, but between Hallowe’en, Bonfire Night, Christmas and New Year’s, at least there’s plenty to distract us from the creeping grimness.

In January, however, there’s fuck all to do but sit around contemplating your own festering chilblains. Luckily, this year [PIAS] and Rockfeedback have combined to offer us, for at least two nights (or ‘nites’, according to their affectation), some brief respite from sub-zero misery by putting on two big gigs at Village Underground featuring some of our favourite live acts.

The first night on the 26th of January sees a line-up as unlikely as it is exciting. Belguim’s Balthazar will get things warmed up and no doubt prove to London once again that they’re a lovely bunch of Ghents (hoho), before the glorious Ghostpoet really sets things alight. We last saw him rinse the Royal Festival Hall back in 2012 and, after he revealed to us on Twitter that he’s planning a set of all-new material, this time round we’ll be expecting an even more stellar set.

Headlining will be the infamous Fat White Family. We’ve been raving about them since we first narrowly avoided the smashed bottle in frontman Lias’ hand in a Dalston dive some 18 months ago. They may have gone up in the world somewhat since then, having recently relocated to New York, but their live show remains as scuzzy, scummy and undeniably scintillating as ever. Plus in the cavernous Village Underground there’ll be much less chance of getting some of that broken glass in your eye.

The following night should be a smoother affair, opening with the tenderly slinky and appropriately wintry sounds of Gengahr, who will be appearing straight off the back of a gig at the O2 Arena supporting Alt-J. Things will then be disrupted a little by the skulking surf-skrill of The Wytches, who never fail to entertain with their sulkily brilliant, grunge-tinted tunes.

[PIAS] Nites will then be closed by the cheerfully tuneful Teleman, whose deftly-composed ditties have been all over the likes of 6 Music recently. The Bowie-esque ’23 Floors Up’ has been stuck in our head for pretty much six months straight, so we’ll hoping for a powerfully earworm-dislodging rendition so we don’t spend 2015 with the same affliction. Not that that would particularly be a bad thing.

Clearly, if you’re going to come out of hibernation for anything this January, it’ll be for [PIAS] Nites. Tickets go on sale Friday 14th November at 9am. 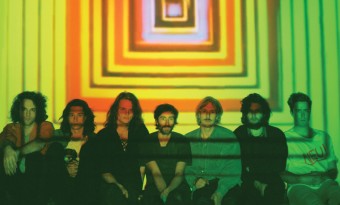 Aussie long-hairs King Gizzard & The Lizard Wizard pulled off a neat trick this week - a thrilling, mosh-friendly live show that your dad would still have felt at home at...
Read More