Imagine, right, if the Californian surf pop of The Beach Boys got down and dirty with the filthy speedball punk pop of The Ramones, behind a Torquay deckchair hire shed obviously. The resulting mutant offspring would sound a bit like the self-titled debut album by LA residents The Meatbodies (formerly Chad & The Meatbodies).

The Meatbodies are the Garbage Pail Kid-sounding brainchild of Chad Ubovich, sometime bassist with Ty Segall and guitarist with blissful pop-rocker Mikal Cronin. Here he’s decided to have a go himself and steps to the front of the stage to take the lead.

Meatbodies is an album filled with sunny, fast-paced punk rock ditties. It’s a delicious day-glo sweetie that even Willy Wonka would be proud of, and we know what exacting standards he has. Even old Nan will be having a boogie on the chocolate factory floor, rubbing herself in tasty, molten, multi-coloured e-number goodness. And your weird uncle, he’s there too. Best keep him away from the drink though, aye? You remember what happened last time.

This album has enough energy to run several small sweet factories and have enough juice left over to fully power the electric cattle prods that Wonka probably uses to discipline naughty Oompa Loompa’s. I’m just guessing here but he looks like a violent man.

First song, ‘The Archer’, lurks into view with feedback-soaked dissonance, leading to a false chin-stroking expectation of an album filled with contemplative psychedelic fuzz.

This view is totally shattered when The Archer gives way to the bursting frenetic psychedelic glam-punk of first song proper ‘Disorder’. From here on it’s breakneck riffing and big pop choruses aplenty. It can’t fail to put a smile on your face. Even the most cattle prod-tortured Oompa Loompa would crack a mouth curve on its poor electrocuted face.

The album artwork is fucking top notch too.

As I first skidded through the glistening sugary highs of ‘Tremmors’ and ‘Mountain’, what I found surprising was how clean and finely constructed the songs are. No needless slacker jamming or aimless lo-fi noodling here, this album is tight. Like a house made of chocolate Swiss rolls. Tight.

‘Plank’, ‘Gold’ and ‘Two’ bring to my hyped mind the cheeky 90’s glam-punk of everyone’s perennial favourites – Supergrass. The Meatbodies carry a similar amount of punky sass, or ‘spunk’ as Nan might say (she’s had a few too many sherbets herself).

Big fat single ‘Wahoo’ turns The Meatbodies into a 21st century T-Rex, Ubovich giving it the full Marc Bolan glam treatment, literally wahooing away as the song crashes towards its final brilliant Wobbling solo end. The album is filled with lovely bits of guitar work like this, sprinkled liberally about like the decadent topping of a delightful guitar-shaped cake; you’re never too far from a triumphant solo.

‘Off’ takes you, well, off, on a lovely little excursion around an imaginary park and into a more pastoral, calm place. Watch the dog shit. It’s probably the same place where Willy Wonka goes for a fag break during a particularly stressful day disciplining Oompa Loompas. ‘Dark Road’ lets up the breakneck pace with its deliriously weird circus waltz.

‘The Master’ has as many chops & changes throughout its 5 minutes as Superman in a phone booth on a busy day crime fighting. It’s an AM rock song gone loco and is a belting way to round the album off.

If this all sounds a bit saccharine, it’s not. It’s just good old-fashioned glam punk played with an intensity and enthusiasm that’s as infectious and moreish as a box of Guylian chocolate sea shells. So if you have a sweet tooth, or just aren’t a cunt, Meatbodies is definitely a hit of delightful spunk which you should lap up… oh wait a minute… Nan! 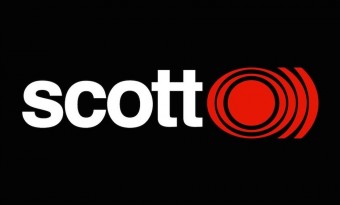 The surreal and terrifying visions of latter day Scott Walker meets the punishing, thunderous drones of Sunn O))). So why doesn't their eagerly awaited collaboration have us hiding behind the sofa?
Read More