The Monitors DJ Team hit Bristol tonight for another six-hour session at Big Chill Bristol tonight, and with a slightly later slot of 10pm-4am it promises to be a right ruckus. Our remit on the site is ‘Soul/Rockabilly/Hip-hop’, but you can probably add ‘Reggae/Electronica/Fierce argument over whether to end with Queen or a Pakistani film score’ to that. Not familiar with our DJ team? Have a look at the video below to get yourself acquainted…

Two members of the Monitors family who sadly won’t be entertaining West Country dancefloors this weekend are Record-Play’s Nicholas Burman and Mixmag/Tipping Point writer Patrick Swift, but fortunately for us they have taken the time to provide us with another of their fine, fine Swizzle Knicks mixes. Have a listen below to some of their favourite tunes this month, along with a few forgotten gems, then scroll down to enjoy their always-entertaining comments on the tracks they’ve selected (disclaimer: may not always be entertaining):

Swizzle Knicks 0914 by Swizzleknicks on Mixcloud

Swizzle: Prince is back!

Knicks: He’s about to have another kid isn’t he?

Swizzle: You’re on fire with the dad jokes today…

Knicks: Who is this young man Swizzle?

Swizzle: He’s a young rapper, from Atlanta I think. I’m not that familiar with him, I think maybe Evian Christ posted the track on Twitter and that’s where I found it.

Swizzle: I tried to get Kelela tickets but wasn’t quick enough.

Knicks: You’re missing out mate! Looking forward to it, hopefully she’ll be able to recreate that dreamy atmosphere live…

Swizzle: That’s a name and a half!

Knicks: That’s the Scandanavians for you – always talking in a different language…

Swizzle: Scandinavian is a language?

Knicks: I spot a Bronson sample! This is nice though.

Swizzle: Clams Casino produced this, so naturally I’m a fan.

Knicks: Yeah well, Aphex is back so got to get into the glitchy mood.

Knicks: Actually found this through The Tipping Point. Everyone should check it out, decent place for under the radar stuff.

Swizzle: I write for The Tipping Point sometimes!

Knicks: Oh really? Haha, how didn’t I know that? Don’t think you did this one…

Swizzle: Nah, didn’t do this one…

Knicks: Don’t know where they’re from but they’re UK. So I’m guessing they’re not Scottish…

Knicks: Rick Ross is a bit of a joke now isn’t he? Obviously I probably wouldn’t say that to his face.

Swizzle: He referenced date rape in one of his songs and got dropped by Reebok as an ambassador, so that tarnished his reputation a fair bit…

Knicks: Think being part of that weird ‘prisons and gangster rap’ conspiracy didn’t help either.

Swizzle: Love this one! Wicked bass.

Swizzle: Pheeetus? What a name!

Knicks: Totally self-explanatory. Bry’s pre-remix stuff is nice. Obviously needs a bit of that anti-climatic drop to work though, feels more aggressive than a lot of hip-hop even though the vocal is really sweet.

Knicks: Was going to have to drop some FKA at some point in these mixes, think this remix can bring together the lovers and the haters. I’m a badge holder to the Twigs hype machine, for sure.

Knicks: Can’t go wrong with a bit of Eagles For Hands though.

Swizzle: Hands in the air!

Knicks: Like this, it’s like a remix of the Final Fantasy VII soundtrack. It’s those really computery-y synths that do it I think.

Swizzle: It’s from a Seapunk compilation and has a break in there I really like.

Knicks: Can’t get enough of this tune, amazingly infectious. 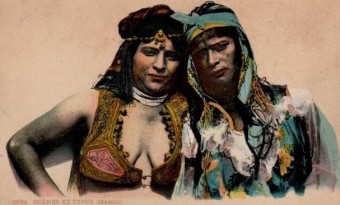 The latest on The Monitors' ever-expanding team of 'DJs' - including tomorrow's Camel Milk night in Bethnal Green and a fresh new mix from Swizzle Knicks...
Read More