You may have read my fairly gushing review of Mechandise’s recent show at London’s Islington Assembly Hall, where I all but proposed marriage to the band. If you haven’t, get yourself sorted.

Now it’s time for the big day. I’ve got my dress on (I look amazing obviously) and the guests are arriving. Down the aisle comes Merchandise’s major label debut After The End, dressed in its finest tailored suit. It looks well dashing.

I though we were all set to be happy. It seems not.

Rather than the upbeat, celebratory pop record I was expecting, After The End is a mournful, quiet album, filled with regret and world-weary tiredness. We’re not even halfway through the ceremony and already I’m depressing them. I didn’t think I grated that much. Though I am quite annoying aren’t I?

As the bride (me) gets the ceremony under way, we begin with the acoustic instrumental ‘Corridor’. A beautiful pastoral number that acts as a palate-cleanser to get you ready for the dreamy introverted mood to come. It’s like John Williams’ Deliverance theme re-made in a grassy field by ice pirates.

It’s a gentle kick in the face to those expecting the feedback-drenched experimentation of previous albums Children of Desire and Totale Night. If that’s you, prepare to be caught well and truly off guard by the cleanness and crispness of the production here. The kick is gentle but forceful, the foot wrapped in freshly washed lettuce and celery. Mmmm, pain salad.

The upbeat single ‘Enemy’ swiftly follows and by now the after-party is well under way. Featuring a jaunty ‘(I Can’t Get No) Satisfaction’-referencing guitar line, designed to get Nanna’s hips swaying, ‘Enemy’ hides a set of confrontational lyrics beneath its crowd-pleasing jangly exterior. It sends out a message to any haters – “If I’m your enemy, then I’m keen to be your enemy,” sings Carson Cox in his Chris Isaak/Morrissey croon.

It’s a pre-emptive two fingered ‘fuck you’ to anyone expecting the band to continue doing things the way their well-documented hardcore roots dictate. Merchandise want to do their own thing, free of the expectation of a scene. If they want to make a pop record on a major label they will. Sod you. “What if I don’t want to pray to your god everyday? I just want to sing for myself.”

The album then drops a shoulder, spins away from the dancefloor and takes a seat at the table next to Uncle Kevin. From here the album’s mood turns to slow tempo, sad mournful ballads.

‘Green Lady’ continues the lyrical defiance of ‘Enemy’ – “I’m through begging for approval” – but now Cox sounds beaten down and tired of defending himself. Battle-weary, the guitars are slower, more considered. The confident stabs of ‘Enemy’ are replaced with aching strums. Could be sitting next to Uncle Kevin. He’s pissed already and eating cake with his fingers. I’d be tempted to pick up a bottle of wine and down it too if I had to listen to him go on.

The ballads allow the band to wrap the songs in rich layered textures and create a platform for Cox’s deep velvety vocals, which generally remain restrained and slightly mumbled, as if numbed and shackled by life. ‘Looking Glass Waltz’ includes the heartbreaking: “Won’t someone please help me / I’m too young to feel this old”. I guess marriage to me probably would be pretty shit. Where’s that bottle of wine.

Elsewhere there are little rays of pink neon light creeping through the gloom in the form of the poppy glitterball glam of ‘Telephone’ and ‘Little Killer’. Alleviating the heavy sense of melancholy, this little passage is like watching pissed-up old Uncle Kevin dad-dancing and belting out his version of Rick Astley’s 1987 super hit ‘Never Gonna Give You Up’. Pulsing through ‘Telephone’ is the most sassy and bouncy bassline heard this side of Cameo’s ‘Candy’. It brings a short-lived smile to this mascara-smeared face.

After this little respite we’re back to the confessionals. Uncle Kevin’s now too pissed to dance and has his arm around me at the table. Coming in a little too close for comfort he begins to whisper drunken dribbles of regret and guilt of a wasted life into my ear.

During interviews the band talked of a celebration of pop. I was expecting this record to be an album filled with hooky indie bangers and glam stomps. An album of chipper romantic sways. I’d put my make-up on and was ready to dance the night away. What you get with After The End is an album of poetic melancholy, the sound of a band shaking off their past and stumbling bleary-eyed in a new direction. It’s a lot denser than I had imagined.

The album closes in tears with the remorseful duo of ‘After The End’ and ‘Exile & Ego’. The doomy, fear-filled title track sees the party collapse into full-on tear-spewing despair. There’s been a punch-up and I’m left crying in the corner. So like most weddings then.

Both tracks round off an album that is filled with regret, like an alcoholic uncle wrestling the indignity of a misspent lifetime. “Help me do what’s right,” is Cox’s final desperate closing plea. You want to give him a cuddle.

Overall, it’s a gloriously emotional 45-minute relationship, perfect to snuggle into for the coming winter evenings and highly recommended for a cheeky tryst.

I’ve come to the realisation that our marriage clearly isn’t going to work in the long term; Merchandise clearly don’t want to be tied down, and you know what? I’m happy if they’re happy… or unhappy.

I’m just happy. Or drunk. Either way, I look forward to hearing from them again, though this time just as friends. 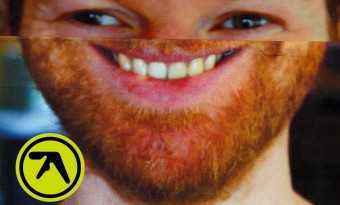 The huge queue that snaked through Hackney backstreets towards the listening party for 'Syro' showed just how fierce anticipation is for Aphex Twin's comeback album, but was it greeted warmly? Or should he just not have bothered...
Read More