Of late, I’ve become a little tired of the music at festivals. It’s the same few one-hit indie bands who have debut records out that seem to fill every line-up. It’s with this in mind that I’ve come to look at festivals more for their space, feeling and their style than I do the music. Any festival can book a band, requiring it has the money to do so, but not every festival can leave a trace on the imagination of its festival-goers.

Last year, Green Man captured mine in a way no other festival had. Here was a gathering in the Brecon Beacons, with a drive to the site that would blow your mind, a landscape that calms the system rather than bewilders it, and a cinema, literature and musical line-up that challenges the Live Nation run festivals.

Now in its 12th year, Green Man is at the foot of making it big time. With Beirut, Mercury Rev and Neutral Milk Hotel given the job of headlining this year’s proceedings, each one marvelled at the beautiful nature of the festival. “Last time we played this place a few years ago, we found our experience beautiful – it’s an absolute pleasure to be back,” shirks Zac Condon of Beirut, during their set.

Green Man presents an idea that shouldn’t really be entirely unique, but of recent years it seems to be something that’s been lost in a torrent of development throughout the UK festival market. Festivals are about hanging out with your friends, venturing into vividly different experiences from normal life, and enjoying music communally. It’s a space for sharing between mates and strangers without social pressure, a space where normal social conventions are thrown out the window. Green Man does much to applaud this demeanour. At the core of the festival is an ethos championing Welsh, UK and international talent – in all manner of mediums. From circus to cinema, bookshops to food, everything gets a look in here. There’s science that will bend and baffle, talks to self-mentor you in reading, and space to enjoy an afternoon nap without intrusion. In the space of three days, I picked up a whole manner of information I’d never have otherwise come across. Learning about everything from neuro-science to the story behind The Strokes’ record deal, Babbling Tongues is an unstuffy, unpretentious thinking space that anyone can walk in and feel part of.

It’s easy to keep busy at Green Man, too. By 1pm on Friday, I’ve already watched How To Train Your Dragon, tasted beers to bands with former music journalist Pete Brown and festered my way through 20 pages of James Joyce’s ‘Dubliners’. By the same time on Sunday, I’ve watched two full-length Studio Ghibli films, eaten a hefty breakfast and washed in the small stream that flows through the heart of the site. It’s by this same pattern that days are enjoyed at Green Man – wholeheartedly, full of activities and with a vigour that can feel somewhat lacking in everyday life.

Highlights from the weekend are often found in unexpected places. Every headliner here is brilliant – Beirut trumpet through tunes in style, solo-male East India Youth energises like no other, and Neutral Milk Hotel play the most emotional set I’ve seen all summer – but stand out sets are reserved for Jonathan Wilson, High As A Kite and Mac DeMarco.

More than anything, Green Man is a beacon of everything right at festivals. It’s intuitive, exciting and ahead of its counterparts in so many ways. Local brewed ale and cider, support for the local community and a taste for reanimating the simple bonfire make it a sure fire festival for next summer. And with more adventurous ideas cropping up at the festival every year – it’s hard to think of what Fiona Stewart and co will think of next.

The architecture of techno at Berlin Atonal 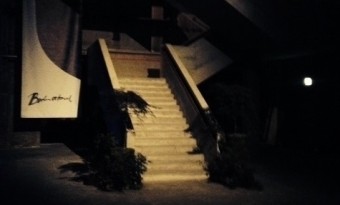 A festival of installations and experimental electronics in a former power station - could Berlin Atonal be any more, well, Berlin? We went to find out...
Read More