LP1 consists of a series of well-produced tracks that would function brilliantly as the soundtrack to a film about troubled youths at sexy drug parties. This record fits the scene of a slow-motion romp at a broken-into community centre so perfectly I’m sure E4 executives are crying happy tears over it. I would also recommend FKA twigs’ debut album as background music if you were looking to host your very own sexy drug party.

‘Preface’ – The opening piece marks the template for the rest of the album. Tahliah Barnett’s staccato falsetto vocals hop on the same note with echoed layers before a beat kicks in, with a smattering of metallic sci-fi sounds under-laying a (lack of) melody. The opening to each track is intriguing up until you realise whatever happened a minute and a half into the song will be repeated until the end.

‘Lights On’ – Some introductions to the lower registers of her voice are welcomed, but a quick return to the aforementioned template of staccato falsetto vocals on the same note made this a dull and strained listen for me. The lyrics, “when I trust you we can do it with the lights on,” are repeated throughout. Whether or not this is a social commentary on the insecurity of the female psyche or Barnett using a contrast between vulnerability and confident sexuality as a selling point, I’m not buying any of it. The last thing I want to hear is more ladies singing about insecurities. If you don’t trust someone to see your tits in high visibility how can you trust them to penetrate you in the darkness? This shit is irrational and I want no part of it.

‘Two Weeks’ – The ultimate druggy sex youth party track. The opening lines, “I. Know. It. Hurts,” really did hurt. Why? Because they were sang in a staccato falsetto on the same note. Saying that, it is understandable why this track is the single. It will get in your head and the production is great. The lyrical content reveals it to be a ‘cooler’ take on Mario’s ‘Let Me Love You’, or Pussycat Dolls’ ‘Dontcha’, or basically any song in which the singer(s) claim to be better than their love-interest’s current partner.

I don’t understand the line “give me two weeks you won’t recognise her”. What is she going to do to her? Is this like an Extreme Makeover thing where Trinny and Susannah kidnap a frumpy woman from a bungalow in Surrey whilst threateningly reassuring her husband, “give us two weeks and you won’t even recognise her,” before invading Debenhams where they smack the frumpy woman’s bottom and Gok Wan shakes her breasts and they all yell “DON’T YOU FEEL MORE CONFIDENT NOW” before forcing her down a catwalk in a shopping centre, exclaiming to the disinterested crowd, “It’s been two weeks and we don’t even recognise her” as her husband sheepishly slides divorce papers onto the runway?

If that is what this song is about my opinion of this entire record has changed drastically.

I haven’t suddenly become bored of reviewing the album – I just don’t want to put you, reader, through more of the same thing; because my critique applies to every single track.

‘Kicks’ – Finally! The best was saved ‘til last, and this track is decent. Nice touches of old garage-grime and lovely vocal melodies make this the winner for me. It actually has some movement as opposed to the stagnant quality of the rest of the album.

I’m sure the name FKA twigs will keep circulating around my news feeds and social circles as it has been doing. Every now and then excitement kicks in over a new artist who speaks with the voice of an emotionally frustrated generation whilst exposing our ears to a sound ‘not yet heard’. From my perspective this tends to be a very well-orchestrated marketing scheme that capitalises on the ever-powerful lure of a young and emotionally troubled female with an implied sexually voracious appetite, exercising breathy echoed vocals over a cocktail of ‘weird’ sounds (case in point, Lana Del Rey).

On a positive note, this album is a great source of material for dance choreographers, particularly of the lyrical hip-hop persuasion, and for other singers who can cover the songs as ‘stripped back’ versions which everyone on Radio 1 can start foaming at the mouth over (take note Sam Smith, Ed Sheeran, Rita Ora). LP1 is stylistically sound and cleverly caters to the right market. How far this can be sustained, only time will tell, but I believe FKA twigs and her team probably have a few tricks (or ‘twigs’ hahahaha kill me) up their sleeve to re-invent their sound before fans tire of it. 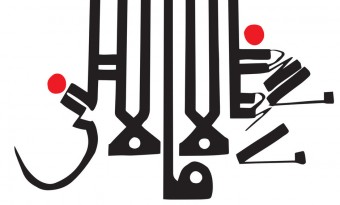