Just hang in there and everything will be OK.

It seems that the cultural dials have spun once again and indie stalwarts Spoon are back in favour. They Want My Soul is Spoon’s eighth album and has been greeted with much fanfare across the music press. Like a boxer down nine rounds, to then in the tenth somehow contrive to land a knockout blow, Spoon deliver an album that seemed out of reach but takes you by surprise.

They Want My Soul comprises of bits and pieces from scraped sessions with producer Joe Chiccarelli (who went on to produce Morrissey’s magnificent latest offering World Peace is None of Your Business) completed by Dave Fridmann. Fridmann adds his signature aquiline dream-like luxuriousness to the production that gives Spoon an off-the-peg freshness, most evident on the single ‘Do You’. Still, Fridmann cannot paper over the problems that have left Spoon as a mid-level band for so long.

Britt Daniel’s voice is marmite. That aside, his lyrics are in the fridge magnet mould; see the title track – “Let’s go lose track of time with somebody’s daughter/Let’s get the stars to align for lambs to slaughter.” What does it all mean? Whether you like the taste of marmite or not, Daniel lets the cadence and timbre of his voice do the writing for him.

‘Rent I Pay’, ‘Inside Out’ and ‘Do You’ are classic latter-day Fridmann and work beautifully. The pulsating bass leads the way where layered guitars and lush synths follow. But the rest of the album suffers from ersatz mid-tempo versions of these songs. Which is a shame because there was a great album to be made here. That seems to be the story of Spoon’s career though; with a little more craft, guile and nuance, you’d have something special. You think that somebody’s handing you diamonds but when you open your fist, all you’ve got is a handful of hailstones and a wet palm.

Perhaps, there’s the opinion that Spoon could crossover in the same way the The National have. Neither band has any big songs, both 40-something, perennial hangers-on-in-there, but who knows? There’s not much on They Want My Soul to latch onto. At least The National have gloom. It’s unfortunate that a band called Spoon can’t cook up something stronger. 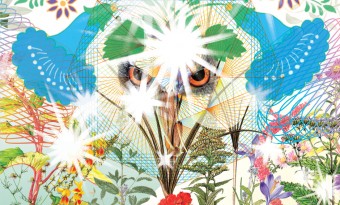