I thought I’d head north for a weekend to get away from the sweat-box that is London at 20+ degrees. Unfortunately for me it’s even warmer in Sheffield, which once again hosted Tramlines last weekend, a festival which has managed to cement itself as easily the most fun inner-city multi-venue event I’ve been to. We posted a preview on the line-up last week (hint: I didn’t make everything but did see some surprises, so swings and roundabouts).

Ramming hundreds of artists across 15+ ‘official venues’ and 16 more fringe events to (steel-tipped) boot, the streets turn into a throng of bodies, beer and pizza boxes. John Doran may think the world turning into one big music festival would be rubbish, but to be honest when it makes a place this fun I’d have to disagree.

Arriving on Saturday morning I began by looking like a proper tourist and having my phone’s map app permanently at face level, reaching the City Hall venue just in time for Her Name Is Calla. The York via Leeds via London group might’ve had a last minute drummer onstage but you wouldn’t have been able to tell if frontman Tom Morris hadn’t mentioned it. Crescendoing guitars, zooming violin and post-rock rhythms created an intense soundscape, captivating for the most part and really enjoyable for the rest (sadly I missed Nordic Giants at the same venue later in the day due to a bit of confusion over stage time).

Way out south of the city centre in The Cremorne (one of those pubs so local you feel you’ve walked into someone’s living room) were the unbelievably badly named Invasion Of The Deadbeats. Luckily, the masked music makers had enough of a strange aesthetic, while combining a sort of rockabilly groove with psychedelic leanings, to turn the place into some sort of gothic 1940s radio station. 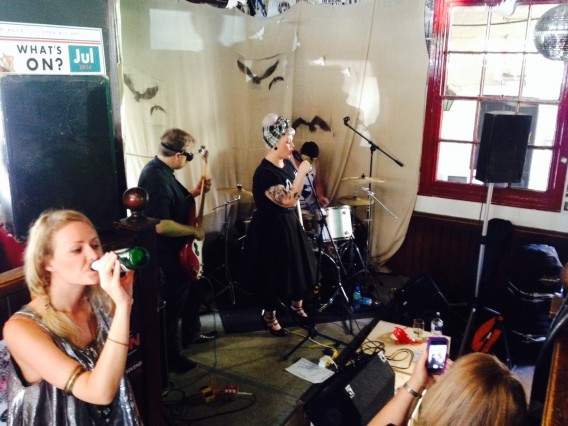 It was Public Enemy who managed to steal the day. The hip-hop legends have party tunes so indestructible they’d probably survive a Titanic-like crash in the middle of the ocean. From ‘Fight The Power’ to ‘Harder Than You Think’ the energy on the stage quickly launched plenty of ‘hands in the air’ moments in the packed out Green. Although they hold more political credentials than most artists, Flav’s final words of “there’s only one race, the human race!” shortly followed by “only trust yourself!” felt like a weird combination of ideology – luckily it failed to dampen what had been a pretty triumphant set. 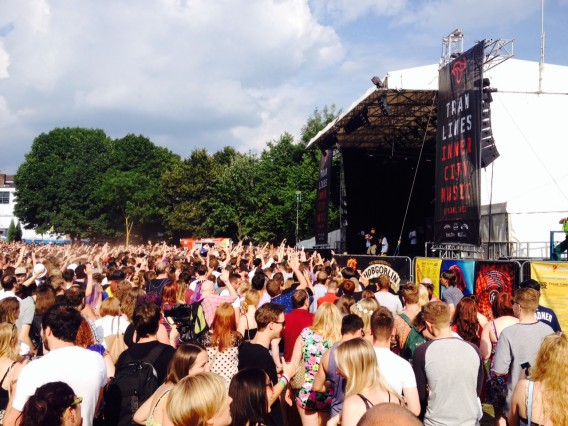 Saturday was rounded off by a rowdy Darlingtons set at Crystal (new tracks ‘Rotations’ and ‘Who Ever Really Knows’ being easy highlights) and the Dollop night at Bungalows And Bears, which brought some much needed dance credentials to the day.

Me and a mate woke up on Sunday morning in a park (don’t ask), so unsurprisingly it took the day a little longer to kick in than planned. Still, it didn’t leave us unable to get to the Queen’s Social Club for an afternoon of solid bands, starting with the grungey, Pixies-esque indie tones of Menace Beach. They’re most engaging when the dual male/female harmonies help brighten up the otherwise sandpaper distortion. Next up were Sky Larkin, who manage to be playing at every weekender I’ve ever been to ‘up there’, not that I was complaining; the bright guitar tones are welcome largely because they seem so upbeat, a compliment you can barely afford any artists nowadays.

Highlight of the day, possibly the weekend, was the unstoppable Bo Ningen. Trademark MEGA HAIR still in fine form (and properly showered), last time I saw the four-piece was in this exact venue. Last time it was impressive because of the sheer volume, now it seems like a real spectacle. The thirty minutes whirl past like a post-rock noise sermon and creates a religious intensity between them and the audience. Seriously.

The surprise show of the evening was Best Friends’ 1am slot upstairs at the Great Gatsby, and the Sheffield boys are exactly the sort of lot you need to catch with a local audience in attendance. Within seconds of ‘Wasting Time’ opening the set, shirts were off (not mine you’ll be happy to hear), beer in the air, on the floor, in your hair. The lo-fi garage rockers are pure cocky adrenaline and what better way to end a weekend in Sheffield than by hearing them doing a cover of ‘Three Lions’ with the whole crowd floor-squatting in participation? I don’t know. I will never know.

My mum will be pleased to hear we all managed to make it to a bed on the last night, faces red, ears hollowed out. Weirdly though, three days later, I still can’t remember ever seeing a tram? 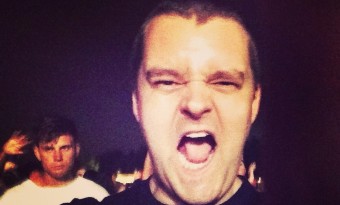 Guest blogger ABSORB doesn't get on with London, but he braved the balloons, B.O., side-boobs and short shorts to bring us this report from Lovebox 2014...
Read More