When I recently asked a friend of mine (a Dylan fan of his ’60s and ’70s output) for his thoughts on the man’s ’80s work, all he could muster was a comment about how Dylan lost his dress sense during this period. He admitted that he’d never investigated Dylan’s oeuvre beyond the album Street Legal (1978). For a lot of fans, this is the cut off point for them – his next album, Slow Train Coming was the beginning of his born-again phase which lasted until 1981. By the time Empire Burlesque (1985) was released, Dylan’s loyal fanbase were drifting off, his recordings blighted by the delights of gated reverb. 1989’s murky Oh Mercy, produced by Daniel Lanois, recovered his standing somewhat, although the follow-up, Under The Red Sky (1990), lowered the bar again with nursery rhyme lyrics, a rather brash rock production from Don Was, and a lengthy list of guests.

After this, Dylan drew a line and didn’t release a new album of original material for seven years. Although the quality of Dylan’s recordings between 1980-1990 is questionable, good songs still flowed from his pen and this new tribute album organised by producers Jesse Lauter (Elvis Perkins, The Low Anthem) and Sean O’Brien (Dawes, PAPA) attempts to mine this overlooked chunk of his catalogue.

The closest there has been to an official tribute album is the soundtrack to the Todd Haynes film I’m Not There, which filled two CDs of quality cover versions from his entire career, performed by a wide-ranging group of artists old and new. The only song from that collection which gets another take here is ‘Pressing On’ from the aforementioned religious period. Although The Frames’ Glen Hansard doesn’t re-imagine the track, he gives a solid vocal performance. Hansard is also one of two artists who appeared on I’m Not There who have another crack on this collection.

There are a bunch of tracks on this album which don’t differ that radically from Dylan’s original takes but win on the strength of the performance. Seattle duo Ivan & Alyosha’s ‘You Changed My Life’, which Dylan chose to leave on the cutting room floor, is a bouncy, uplifting reading, while the seasoned Built To Spill hand in a chiming ‘Jokerman’ which also beats the original. Album opener ‘Got My Mind Made Up’, which Dylan co-wrote with Tom Petty, is given an Arcade Fire style workout by Langhorne Slim & The Law.#

Dylan went on to work with Petty in Traveling Wilburys, a short-lived supergroup which also featured Jeff Lynne, Roy Orbsion and George Harrison. Elvis Perkins (son of Psycho star Anthony Perkins) tackles one of Dylan’s contributions to that band’s first album. On the surface, ‘Congratulations’ seemed like a rather lazy track at the time, and unfortunately Perkins keeps the same mood with his drum machine and harmonica-led take. I think this song needs a more cutting approach to fit the lyrics, which in short are about getting dumped.

Full marks go to those who offer some originality to the proceedings. Reggie Watts’ reggaefied electronic take of ‘Brownsville Girl’ is the most distinctive offering here. To those who know the 11 minute song, Reggie has cut his version down to a more manageable three and a half minutes. San Francisco’s Tea Leaf Green dig out an outtake which even I am unfamiliar with and turned ‘Waiting To Get Beat’ into a Yeasayer left over. Not a bad thing! Marco Benevento takes the unusual step of covering Dylan with an instrumental reading of ‘Every Grain Of Sand’, one of Bob’s better holy songs which breaks up the second half of the album. An epic ‘When The Night Comes Falling From The Sky’ by Brooklyn based Lucius is another one of my personal highlights.

There are two selections from Dylan’s 1990 album which both top the originals. Dylan pedants can sod off, they might not be 1980s songs but ‘Under The Red Sky’ was the end of Dylan’s ’80s for me. Blitzen Trapper re-shape ‘Unbelievable’ into a clanking thumper, while Aaron Freeman (out of Ween) and Slash (yes, ex-Guns ‘N’ Roses) grapple with ‘Wiggle Wiggle’, not one of Dylan’s inspired moments lyrically, although that didn’t the stop the song being a performance regular for two years. Slash played on Bob’s original and he reprises his role on this minimal, almost demo-like effort, definitely the most fun selection here. All in a good cause of course. Portions of the proceeds of this album are going to Pencils of Promise, who have built more than 150 schools in Asia, Africa and Latin America.

There are other tracks on this album, plus a further seven (which I haven’t heard) if you buy the ‘deluxe’ version on iTunes, and possibly more to come if, as the title suggests, there is going to be a second volume. Hopefully, those picked to contribute won’t fall into the trap that some here do, which is to copy the original almost to the letter. Yellowbirds simply add a horn to evoke the melody of ‘Series Of Dreams’ while the rest of track is played as Bob’s version. Similarly, Craig Finn out of The Hold Steady tries to sound like Dylan on ‘Sweetheart Like You’ while the backing, although well played, doesn’t take the song anywhere different. The Hold Steady were on the I’m Not There album and they lacked inspiration on that collection too.

As a long standing fan of Dylan myself, the producer’s aim has worked for me and I will be looking back to Bob’s albums from this period with renewed interest. The fact that one person wrote all the songs and all the acts have been pulled from the vast pool that is the American independent music scene makes this album work as a straight listen, despite the shifting styles throughout. 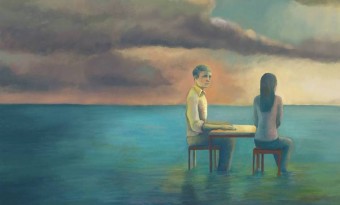