London-based songwriter and studio-owner Dooks, AKA ‘the woman with the best voice we’ve ever heard’, is writing a series of pieces for us detailing her development as an artist. This is the second part of her story which, slightly confusingly, takes place before the first (which you can find here)…

After popular demand I’m back, back with a chapter that wasn’t highlighted on the previous agenda. A chapter that isn’t a chapter; it has a beginning but no conclusive paragraph, long may it stay that way. This chapter is all about my other family, the Beat-Herder family. I’ve also been asked to write about my most memorable gigs, I’ve got two for you…

I was 15 and hiding in the music corridors of my lovely comprehensive school in a town they call K-Town. I don’t plead guilty to melodrama when I say hiding. I’m fairly sure I wasn’t supposed to be there at that particular hour of the school day and, I was in fact, hiding: a) from teachers; b) from the rest of the pupils; c) from the Alsatian that had escaped from a nearby council estate and was now on the loose in school. Whilst skulking about I happened upon a poster for The Beat-Herder festival. £60 for a weekend of beats and barminess, line up includes Misty in Roots, Utah Saints and Captain Hotknives. Five minutes later the best kept secrect in town was torn down. Turns out that Danny Atwood had no place plastering grey-comp walls with purple posters advertising a rave in Lancashire. But I’m glad he did.

Needless to say me and my bezzie went to the ball – post-GCSE celebrations were a blast.

Fast forward to the following year, we were definitely going again but didn’t have any ‘congratulations on getting through that hell-hole’ reward money to spend on the ticket.

Now, during the intervening period between my first Beat-Herder experience and figuring out how to get a ticket for the festival the following year, me and my bezzie, Geraldine Snell, had been busy. At the time we were both taking classical piano lessons, and Geri bought tickets to see Rachmaninoff performed by The Halle Orchestra at Saint Georges Hall. Wonderful. On the way back out of Bradford we stopped off at a local boozer, notorious for serving those under-age. We were 16 at the time.

It was located at the foot of the private Bradford Grammar school and (besides the usual Bradfordian punters) was often frequented by its pupils. This meant more chance of a free drink and more chance of hearing word on a house party hosted in a fuck-off big house in the middle of ‘can-only-live-there-if-you-can-afford-to-buy-your-kids-a-car’ kinda nowhere. Anyway, on this particular occasion, Geri and I noticed that an upright piano had appeared in the corner of the pub. After a tipple of the ‘old green frog cocktail’ courtesy of ‘Will Fitzgerald-Darcy’ we made our way towards the piano. Geri started playing ‘Feeling Good’ and I started singing. 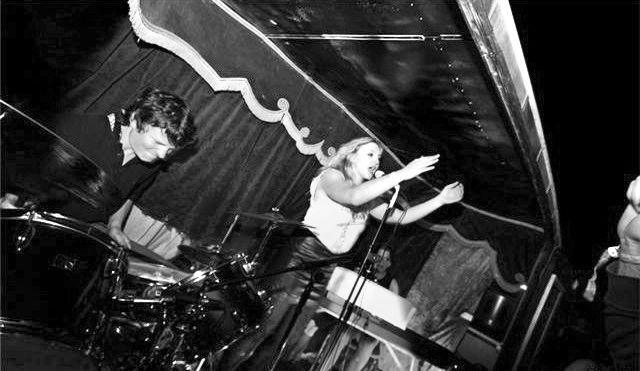 After this impromptu rendition the landlord, George, was sizably impressed and offered us ‘a tenner and a free bar’ if we returned the following Saturday with more songs. We concurred that no further negotiation was necessary and replied “yeah alright”. Friday night/Saturday day we’d rehearse up a set compiled from all our favourite jazz standards and a few token northern bands, mostly Arctic Monkeys, for good measure. It was always advisable to break from ‘Stormy Weather’ to ‘When the Sun Goes Down’ if the boys actually did start fighting with pool cues in their hands.

Another oddity I’d like to make note of is the fact that a small TV, hung high in a corner, was always playing in this pub. I’d give George the nod letting him know that we were ready to start, he’d give me the nod back. Then, remote in hand he’d awkwardly lean over the bar and aiming at the TV, hammer down on the mute button until Simon Cowell and co finally shut up. The images were still displayed but the music was ours.

After we finished, the reverse took place. He’d nod, I’d nod, X factor would unmute. A leery-eyed old timer would finish the last swigs of their pint, slam the glass down, as if to say ‘listen up kid I’ve summit to tell thee’ and point, with swag, towards the high corner. I was to listen carefully: “‘Ere lass, you’ve got a cracking voice, but you need to get yourself on t’telly you do”.

Back to being broke in Bradford. I found myself down Dalton Lane looking for the ‘Unit’. Diesel Dave’s was on the corner, as described, looks like a garage, smells like a garage. Vintage double-decker buses were parked here, there and everywhere. I later discovered that these beauties belonged to the Keighley Bus Museum, located round the back of Diesel Dave’s, sleeping bumper to bumper, under the steel roof of an industrial warehouse. Walking a bit further round, I found brightly colored plant pots, dead disco balls and a camel’s arse. I had found the ‘Unit’, home to Beat-Herder and its creators.

Danny Atwood met us at the door, took the keyboard out of our hands and yelled to the others that we’d arrived. We followed, passing a bizarre mélange of power tools and sequins, until finally we happened upon The Beat-Herder Boys. I can’t remember which ones were there, or exactly how many there were, I just remember seeing a mountain of grubby men; oil on their arms, paint in their hair, sawdust on their clothes and a fag in each mouth. We’d come to play them a few songs.

So there we were, we had the gig on the condition we played the following qualifiers: ‘Pieces of Me’ – Britney Spears, ‘This Must Be The Place’ – Talking Heads, ‘Show Me Love’ – Robyn S and ‘Wearing My Rolex’ – Wiley.

Bloody Hell. What do we do with you two. Working Mens? No, not Working Mens. Stumblefunk. No, not Stumblefunk. ‘Ere, what about your mate. Which mate? Dunt thingy have a burnt out caravan in his back yard? That’d be beauty that. Aye let’s get it down here, fix roof, cut stage doors out on side, put lights in, red velvet curtains. Yeah red velvet curtains. With gold trimming? If you want Johnny. How do we move it about? Donkeys, we could get donkeys to pull it round. Or goats. 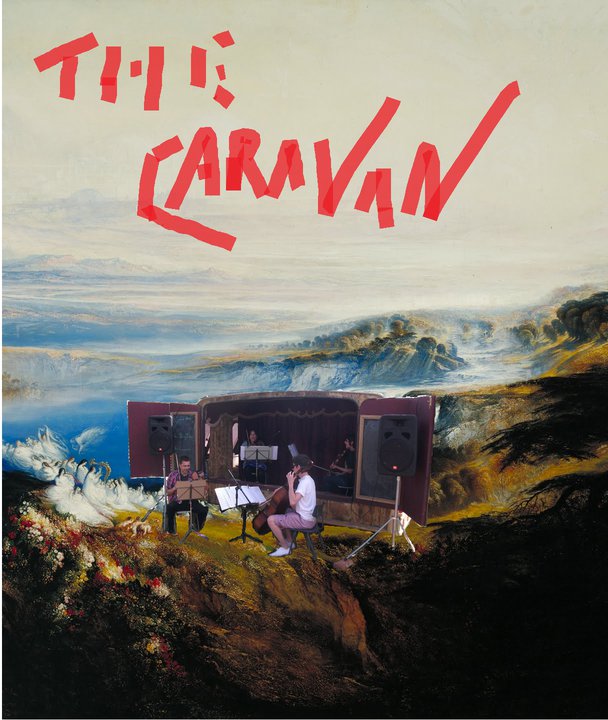 A farmer arrived on a quad bike, hooked some wire I don’t know the name of onto Prick’s car and towed it securely out of our way and into a nearby ditch. The same tactic was then enforced to get us into the festival. Apparently the donkeys were drinking at Mikey’s Tea Shack and the goats were a no show. But we were in. Albeit in a somewhat different fashion than I had envisaged, but a fashion we reveled in nevertheless. Tim Toil plugged us in, the doors opened, lights went on, happy Beat-Herdians stumbled out from the barmy ball in the trees, I started singing ‘This Must Be The Place’.

After a couple more successful years, the caravan stage finally did burn out when the farmer mistook it for a piece of no good crap and set it alight. No fear, I return to the festival this year with Fat Tank for some secret impromptu gigs of my own making.

Be there or be square. 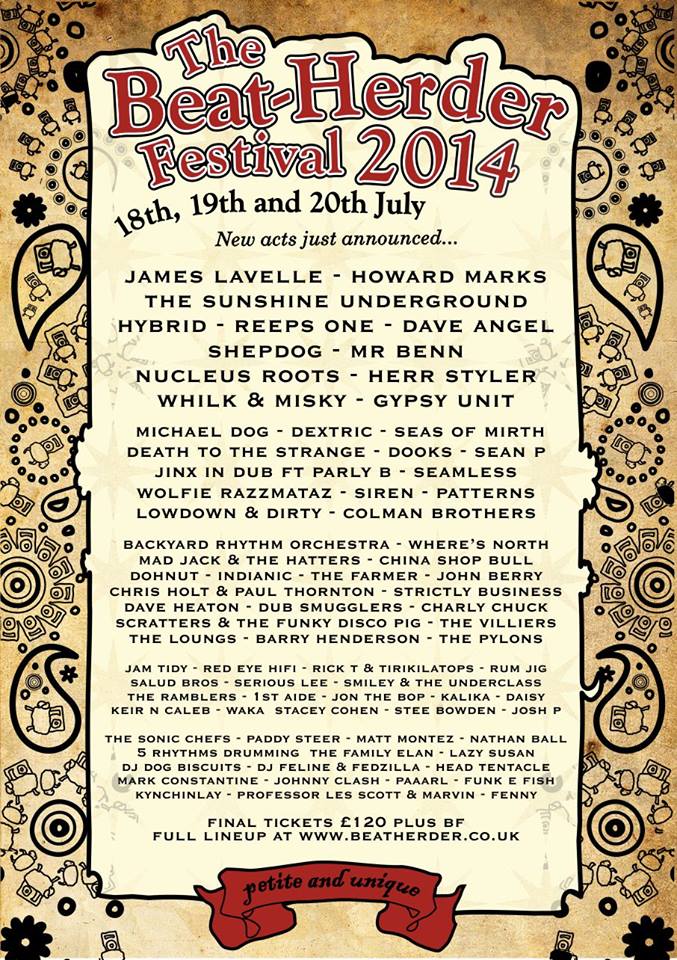 Ibiza Music Summit - is Clubland turning into one big conference? 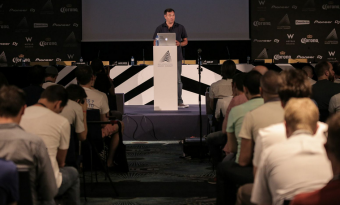 Has dance music become over-intellectualised to the point where people have forgotten that it's supposed to be fun? Our anonymous columnist peers through the beer-funded live streams and Nile Rodgers photo opportunities to find out...
Read More