You’d think the moon would’ve started to lose its appeal by now. I mean, we’ve been watching it perform the same waxing and waning act for millenia with little variation, like a celestial version of Status Quo. The only exciting thing it’s ever involved in is the odd eclipse, and even there the credit’s split with the sun.

And yet even after landing there (probably) and finding out it was nothing but a less atmospheric version of Lanzarote, the moon endures as a source of wonder. An orb of intangible mystery, even though science has explained that there’s nothing that mysterious about it. Maybe it’s just the fact that, unlike the significantly more exciting sun, we can actually look at it without going blind. Or perhaps the effect it has on us is deeper. While studies have found the lunar cycle has no discernible effect on humans gravity-wise, the anecdotal evidence of countless night desk journalists and hospital staff during full moons suggests that the origins of the word ‘lunacy’ is no accident.

Whatever the reason, the moon not only holds us in thrall to this day but has also inspired creative minds throughout history, from Van Gogh’s illuminated night skies and A Midsummer Night’s Dream (which uses the word ‘moon’ more often than any other play ever written), to the many musicians who’ve taken our beaming satellite as a muse. Indeed, to celebrate last year’s ‘supermoon’ – a full moon that that occurs when it’s at its closest to earth – we found enough superb moon-related ditties for a sizeable playlist.

Dutch producer David Douglas is another musician who’s clearly fallen under that silvery spell, although his debut LP, Moon Observations, is actually inspired by a different star-gazer with the same name. That David Douglas was a 18th century explorer and naturalist, whose writings on astronomical observation has inspired the more modern Douglas’ latest music. As he puts it: “Moon Observations is a musical ode to all moon observers in time”. What the older Douglas would make of these eleven tracks of beautifully fleshed-out electronica is anybody’s guess, but in my opinion it makes for a worthy tribute.

‘Far Side of the Moon’ is the first number to flutter in, and does so in rather blissful fashion. It evokes a fitting weightlessness considering its title, and those looking for a resulting Pink Floyd connection may find it in the soulful yet wordless female vocals that could almost be distant transmissions from ‘The Great Gig in the Sky’. ‘Higher’ is similarly spacey but significantly funkier, less ‘ladies and gentlemen we are floating in space’ and more ‘ladies and gentlemen we’re cruising through the galaxy in a spaceship we’ve chosen to call ‘Astroglide’. For obvious reasons’. As introductions go, they don’t come much sleeker.

An unlikely recorder motif flits through another alluringly slinky track, ‘Selene’. As elsewhere the vocals seem included more for texture than as a focal point, but the repetition of the word ‘ecstasy’ sticks out here. Largely because by this point you feel like you’ve just done some. By the time ‘Chenab River’ starts to bloom in delicately wonderful style, you’re basically double-dropping.

Appropriately, considering the overriding themes of nature and the moon, ‘California Poppy’ seems to always be striving upwards, tendrils reaching out towards the light, but if the album feels constantly uplifting, ‘Romanticism’ then represents the moment when you’re lifted a little too high for comfort, its wobbling synths and slowed-down vocal samples creating a disorientating effect. The problem with overwhelmingly positive-sounding music is it can become cloying, or else just a little too ‘nice’. This dizzying track adds just a drop of darkness to the sweet moon-milk on offer elsewhere. The ride cymbals are perfect too, sounding like they’ve been borrowed from a slower version of Clark’s ‘Growls Garden’.

‘White Heat Blood’ has the most prominent singing on the album, and Douglas’s earnest voice sounds slightly akin to William ‘East India Youth’ Doyle’s. However, while Doyle’s production tends to be crisp and clear, Douglas prefers to mix in a little more colour, like he’s slowly dripping a series of dyes into increasingly opaque water. Earnest vocals aren’t my cup of tea personally, but you can’t deny they quality of the song-writing. Unlike ‘Je Ne Sais Pas’, unfortunately, which features a beat far larger than any other on the record, but the formidable rhythms of which don’t quite distract from an uncommon lack of tune. Perhaps the title indicates that he didn’t really know what to do with it.

Final track ‘Moon Observations’ brings the standard back up. A crystalline top line is etched just south of being in key, and that slight discord makes it a far more successful endeavour. For all Douglas’ undoubted skill as a producer, it’s the moments when he uses that talent to push things slightly off-kilter that really shine. The title track is a particular gem, with a touch of brass towards the end adding some subtle grandeur to proceedings. You almost feel like saluting as the album comes to a close.

It’s no surprise to find that the album is being released on Atomnation – one of the last electronic albums I heard that was so meltingly enjoyable was Dreaming in Key by Applescal, one of the label’s co-owners. Moon Observations manages to even surpass it. If Douglas’ intention was to transpose his 18th century namesake’s beautiful literary descriptions of nature into equally beautiful music, then this album is an unqualified success. But it’s a success in most other respects too. 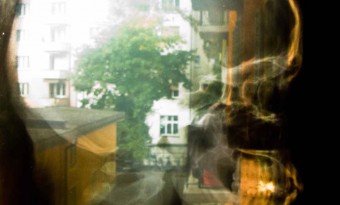 When an act has been releasing music for over two decades, it's rare that their latest album can justifiably be called the perfect starting point. Yet in the case of veteran Warp duo Plaid it really is...
Read More