Roman Remains consists of two people, those being Liela Moss and Toby Butler who you may have previously come across through their involvement with the band The Duke Spirit. The pair are now working together, and it seems to be going pretty well if their recent album Zeal and lead single ‘Gazebo’ are anything to go by.

Mixed by Damian Taylor, who has worked with the likes of Bjork and UNKLE previously, the album is on point and features pop melodies cut with dark, hard and gritty electronic elements in line with acts such as Nine Inch Nails. From the strident ‘This Stone is Starting to Bleed’ to the passionately brooding ‘It Ends in Other Ways’, it’s a darkly engaging listen. ‘Gazebo’ is testament to that, as the track draws you in but then also pushes you away at the same time thanks to its brutality and fearsome, raw energy. The track is also accompanied by a beautifully shot video, below, which was directed by Patti Smith collaborator Steven Sebring.

Roman Remains have a busy schedule ahead of them, with a slot supporting none other than Gary Numan on his UK tour confirmed and a performance at James Lavelle’s Meltdown Festival on June 14 also pencilled in. Have a gander at the dates beneath the video and cancel that trip to Colosseum, as the most magnificent Roman Remains may be appearing on your doorstep very soon…

Tickets can be purchased via the Roman Remains website here.

Alizzz: From Grunge to Dubstep to 'Whoa!' 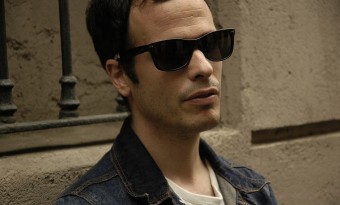 With a Sónar performance on the way and with backing from the likes of Diplo and Sinden, we take a trip to see just why Alizzz is becoming so alluring.
Read More