Today we’d like to shine the spotlight on one of the most exciting and effervescent electronic artists from Barcelona: Alizzz.

Cristian Quirante’s career as Alizzz has experienced a rapid acceleration over the last year, culminating with his recent Sunshine EP on Diplo’s Mad Decent sub-label Jeffree’s. Having started to write music and play guitar in grunge and hard-rock bands at age 16, Cristian’s interest in electronic music arose after listening to the likes of Miss Kittin and Slam at FIB 2002 and attending open-air raves held in forests close to the Catalan coast. He began trying to emulate the electronic sounds that surrounded him with software found in specialized music forums and started getting more seriously into production with Ableton Live about six years ago.

Under the name of Pisu, Cristian started releasing music and in 2009 founded his own net-label, Musica Vermella. Having changed Barcelona for Berlin and heavily influenced by the sounds of Dubstep coming from the UK, his own sound started to evolve towards what Alizzz today is today: synth driven epic-ness mashed up with turbo-charged R&B vocals and consistent drums. His track ‘Pop’, released as Pisu, was an indicator of what was to come. The ‘purple’ influence pioneered by Bristol’s very own Joker can be clearly appreciated in this track, with a wide synth bass line and epic leads that would be taken to a next level in the following years.

Upon his return to Barcelona in 2011, Cristian wrote what would be his first EP as Alizzz, the Loud EP, released on London label MofoHifi. The good response and his relationship with the label lead to a second release on MofoHifi entitled Collapse EP. The lead track ‘Collapse’ is described as “a case point in the post-dubstep maximalism aesthetic.”

Cristian’s next release came on Galician label Arkestra. The Whoa! EP was the confirmation that Alizzz was at the top of his game and ready to make an impact on an international level. Being one of the most nationally talked about releases of the year, the lead track ‘Whoa!’ got support by LuckyMe, Sinden, Ryan Hemsworth, Ta-Ku and many more international artists. In an interview with DUMMY Alizzz said: “‘Whoa!’ was the last song that I wrote for the EP. I felt like making a dancefloor track and I felt the release also really needed it… I needed it to be a statement.”

The reward to all the hard work came with Diplo reaching out after listening to ‘Whoa!’. Harry Levin’s review of the Sunshine EP (Jeffree’s, 2014) for Thumosaic Brainworks couldn’t be more on point: “While all artists worth their salt draw from numerous different influences, very few find interesting ways to incorporate all of them into their releases. Alizzz seamlessly cycles through different grooves, feels, and genres to the point where you don’t even realize it’s happening.”

In between all the releases, shows across Europe and a East Coast US Tour, Alizzz has also managed to deliver a number of remixes including Kelly Rowland, Lenno and an outstanding reinterpretation of Sevyn Streeter and Chris Brown’s ‘I Won’t Stop’.

Alizzz will be performing at Sónar 2014 for second consecutive year. You can catch him at SonarLab on Friday the 13th of June right after Moderat and before Gesaffelstein. For more information check out his page on the Sónar website. 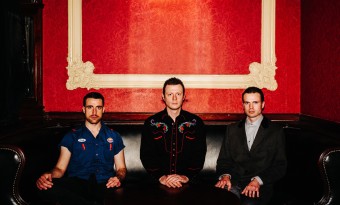