There’s been a big gap in the market for compilations orientated around more off-kilter and, for want of a better word, ‘alternative’ guitar music. EDM, deep house and club scenes, being traditionally single-based anyway, have used them to their advantage, and now some of them are as ubiquitous as the artists themselves. Although obviously pop, with the ‘Now!’ compilations, has also done it effectively, and there’s been various examples of compilations such as ‘C86’ that are still held up as shimmering examples of the art of compilation making in the alternative/indie scenes (also note Tru Thoughts’ ‘Shapes’ compilations and KOMPAKT’s ‘Total’ series).

Nowadays though the NME puts its name to pretty dull compilations giving exposure to those most likely to be able to shift records already (just to note, I’m not certain the NME would have much say over tracks included on these, I’m presuming this is an example of franchising? Fingers crossed). This, the inaugural ‘Primavera Sound’ compilation, is being released via Rough Trade Shops exclusively and will also be sold at their stall at the festival which it takes its name from – the Barcelona-based event that’s become a must for the muso’s calendar. They’re also doing the same thing with London’s Field Day. This isn’t going to be the mass appeal sort of release to take on the big guns, but it’s definitely a step in the right direction.

Compilations are great, and this particular idea of doing it round a festival like Primavera steps things up a notch, because it gives you a chance to get nice introductions to artists loosely associated by ‘taste’ or ‘aesthetic’, without relying on a streaming service analytics, or marketing spend on said platforms by labels. At their best, they deliver you a massive treasure trove of someone else’s head, all the better if that head isn’t close to being like yours and you get won over by something you might not otherwise come across. With the pace of releases constantly picking up, access to information too confused and busy, compilations act as a nice way to package a seemingly random selection of artists into a digestible biscuit of music loveliness. You don’t have to like it all, you might only find one thing you’ll now listen to forever, but that’s worth it, no? ‘Primavera Sound 2014’ sounds typically, well, like Primavera. It opens with Midlake’s down beat ‘The Old And The Young’, quickly going through Joana Serrat’s country tinged tunes, Jagwar Ma’s enthusiastic post-MGMT re-imagining of the Hacienda/Factory sound. Being a soul fan Charles Bradley’s ‘Where Do We Go From Here?’ is a welcome addition, beautifully performed and well orchestrated without sounding pastiche. Picks from Majical Cloudz, Oso Leone, Julia Holter and The War On Drugs are all well worth checking out (with most of tunes taking on a folksy laid back vibe, I think the bookers were going for ‘summer vibes with beer’, which is useful, as that’s what attendees will be hoping for). Pixies and Touche Amore add a bit of anger to the proceedings, and as a long-standing Pixies fan I hold my breath before seeing them in their current incarnation, you know what they say about anticipation… There are also tracks from some of the-better known groups due to make an appearance including Temples, The National and !!!, and of course this isn’t an exhaustive collection of bands set to make an appearance. There’ll probably be a Spotify playlist for that. As an example of creating a memento for the event which is less desperate dad/confused teenager than a line up t-shirt, or as overly expensive as a programme, ‘Primavera Sound 2014’ ultimately acts as both a genius piece of branding and press for the festival and a record store, and also sets the scene for compilations featuring the more unknown, unusual and interesting artists, coming onto the horizon. Hopefully next time these compilations will find their way into record stores all over the country, giving these sorts or artists some much-needed exposure, and music fans that don’t have hours to trawl through the endless array of blogs or the money to purchase an album from every single one some much-needed guidance. 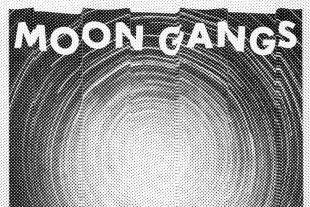