London-based songwriter Dooks has one of the most incredible voices we’ve ever heard – imagine the rich tone of Scott Walker mixed with the raw emotion of PJ Harvey and you’re maybe halfway there. She owns and runs the rehearsal/recording studio Fat Tank in Manor House, and plays James Lavelle’s Meltdown festival at the Royal Festival Hall on June 20th (1pm). In case it wasn’t obvious, we’re huge fans, and have asked her to produce a series of articles detailing her development as an artist. Here’s the first. Which is also, confusingly, the last…

Chapter 1 was Captain Hotknives.
Chapter 2 would be The Geisha.
Chapter 3 a pothole of eccentrics drinking in West London.
Chapter 4 a North London dive spewing backbeat musicians faster than I can pour coffee.

Chapter 5 is where I’ve been asked to begin.

I may delve into pre-Chapter 1 during my next article on gigging, we’ll see.

Chapter 5 begins where Chapter 4 came to an end. I was at least 6 weeks behind on rent and had £5 to my name, it was time to move again. I had packed my belongings into bags and made my way back and forth across the green stretches of a North London park. The heat smelt of petrol and hung like bedsheets in my way. Unfortunately I cannot spoil you with any particulars, other than to say I was making my way to Fat Tank Studios. You see I’ve been asked to write this piece too close to the events that preceded this fortunate change of circumstance. I have not the time nor patience for another legal muddle puddle. Hence Chapter 3 is a no go area until that book deal comes through and I can afford to buy myself out of a signature once committed to paper. It’s a good chapter, featuring builders, rats, women reserving bananas, dusty books, threesomes, taxi drivers with gallstones stored in Tupperware, rooftops and me. If anyone’s interested, let me know.

I unpacked, dragged the sofa bed into Tank 1 and made camp. I had a fridge, a microwave, a kettle, an upright piano and a shower. Only had cold water for the time being but it all seemed fairly doable, a marked improvement one would say. Rehearsals run 11-6/6-11. If a rehearsal room wasn’t free for me to play in it meant that I waited outside until the band had finished, making my way through another chapter of Bukowski’s Women. Lock up, pull out the sofa bed, wake up, shove my duvet into storage, kick my knickers under the piano and make a brew before the morning band came in. Beautiful. Then my skin turned white like powder, my eyes rimmed red and it turned out that sunshine, light in general, really is good for you. Other than that, the only thing that was lacking in my life around that time, besides a lover, though Charles didn’t fill me with romantic optimism, was a washing machine. There’s only so many times you can turn your clothes inside out.

One thing I’ve learnt; if you say to a musician, “Hey, loved your playing, I’ve got these songs and I’m trying to piece this band together at the moment, any chance you want to come down for some rehearsals?”, the reply has, inevitably, always been, “Yeah man cool would be down for that but like I’ve moved to London with my band we’ve been playing in garages together from the age of 5 and like we’re really making a go of this right now. Be sick to play with you but we have some people coming to this gig and people are starting to talk and if we nail that they say in a few months Branson’s going to give us a gig on the moon and Major is gonna start wiping our arse. So, sorry dude.” Not a dude, but if anyone has ever had the gumption to call me a dudess, I’ve already left the beer garden.

London Town is stockpiled high with young 20-something guys who’ve been through puberty together, found Morrisey together and cross fired piss together. When I approach with the word ‘band’, the commitment surrounding that notion sends them into 10 hours of word vomit. Which has bored me and has no doubt bored you. However if you approach a musician and say “Hey, loved your playing tonight, I’m going to be hanging out at Fat Tank tomorrow, got this new song I want to put down. Yeah this guy from Francobollo, you know Francobollo, yeah, yeah – they’re alright, well he’s producing and this guy from Mohit, you know Mohit, yeah, yeah – they’re good aren’t they? Anyway he’s engineering, do you want to come by and put some bass down on this song?’ The answer is, inevitably, “Yeah man, love to, what time?” Rehearse in the morning, record at night. Get the beer in and feed the band, always feed the band. That’s pretty much a taste of Chapter 5. At Fat Tank, I have the privilege of making some amazing music with some amazing musicians.

Now, James Lavelle has invited me to play at Meltdown, I met him during Chapter 4 when I was flown out to play at the Venice Biennale festival, he watched a gig I played and I’ve not been able to shake him since. He’s seen the dive, he knows the studio. My merry men and I are now rehearsing to play at The Royal Festival Hall on June 20th.

I went to see a gentleman in the biz recently, he had some peculiar questions. After explaining a little about Fat Tank he said, Well these guys just come by the studio do they? I said yes. And you pay them? I said with food. How does that work? Well what do you mean? Well how have you got them in the studio? Because they love my songs. That’s it? Well yeah. You don’t pay them a fee? No one’s paying me a fee, I’ve only got songs and sandwiches. He said, we need to get this down on paper. Do you know the tale about ‘A Whiter Shade Of Pale’? I said, no look dude, it’s cool.

Bands in Residence places are available at Fat Tank Studios if you’re interested in joining the family. I no longer reside there, there is no chance of stumbling upon my underwear, all bands are very well looked after. The kettle is always on. We still have a good working relationship with the gentleman in the biz. He’s saying we can all get a gig on the moon soon. 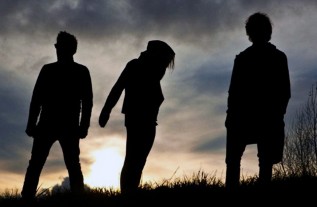 There isn’t a great precedent for Polish music in the UK, so when I tell my friends how amazing and exciting their music scene is, it's met with scepticism...
Read More