It’s May in the UK, and that means urban showcase festivals galore. While Liverpool Sound City and increasingly Live At Leeds are garnering a lot of press love it’s still The Great Escape which gets the A&R guys excited. This year’s event saw a bit of a step up in terms of line-up compared to the last couple of years, and the excitement amongst the crowd was noticeable, which makes a change for a largely industry-heavy event. Does this mean music’s pretty good at the moment or are people becoming less sceptical?

First on the agenda for The-Monitors’ Friday trip was The Darlingtons at the Queens Hotel. As we’ve written about previously on this site the band play so many shows it’s always impressive to see what most people would consider still a bit of an unknown quantity so professional, tight, and playing some proper tunes. It’s the more recent tunes like ‘Rotations’ which really shine in the set. Their love of The National is put through a Smashing Pumpkins prism to create an energetic sound, fronted by a new found confidence which sees the guitarist off the stage as much as he’s on it. They write ambitious love letters from the suburbs, and the packed, early risers crowd certainly proved that “guitar music isn’t dead”. For the fifth decade in a row.

East India Youth‘s Thursday set was reportedly met with packed rooms but technical hiccups. Luckily we got into his relatively intimate afternoon show at Above Audio and best of all it sounded ace. Visually it’s a bit like ‘George Harrison does techno’, the keyboard botherer dressed in all black and a turtle neck/blazer combo. After the instrumental opener the likes of ‘Dripping Down’ are performed with an honesty which is rarely seen in electronic music, ‘Looking For Someone’, though musically a deep, reverberated bass drum, is vocally reminiscent of an old folk or blues tune. A mix of styles not usually found together and probably even harder to pull off well but William Doyle does it with a confidence which has totally won me over.

One city well on its way to being the musical envy at the moment is Dublin, from the angry riotous noise of Girl Band, We Cut Corners and countless others, and of course September Girls who we caught at the Concorde 2. Fitting pretty neatly into the lo-fi garagey sound probably best associated with PINS at the moment, it does what it says on the tin – 60s wall of sound production values mixed with a short, sharp punky song writing style. I spotted Geoff Travis and Simon Price in the audience so they’re obviously pricking a few ears at the moment.

Making Digital her own was South London’s FEMME, with more sass and big electro pop tunes than should be legal. While the crowd seemed to be mainly witnessing her for the first time the instantaneous appeal of the likes of ‘Heartbeat’ means that Bettinson won’t be performing to people waiting to be won over for much longer.

Continuing the South London theme was buzz band of the weekend, Fat White Family. It’s weird not seeing them in a pub and not with people throwing up in front of you. Although the rickety nature of the Stooges and Fall indebted tunes don’t lose any of their charm in a larger setting, it did make me wish I was back seeing them at the Queens Head feeling the sweat dripping from the audience (although their later 1am set reportedly saw the crowd in more typically raucous mode).

The night concluded with recent Monitors editors Best Friends back at the Queens Hotel. By this point the daytime beers complimented their ever charming brand of surf rock, and I’m still not bored of hearing ‘Wasting Time’ being played at full volume.

And that was Friday at #TGE14, and I think what we learnt was that there’s some pretty ace music at the moment. No reason to be sceptical. 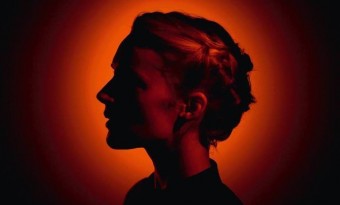 Agnes Obel's last album felt like it was shrouded in a dimly-lit, autumnal atmosphere; so how did her music fare when illuminated by the glare of spring sunshine?
Read More