Over the next week Sound Diplomacy will be taking over the site. They’re a multi-lingual export, research and event production consultancy based in London, Barcelona and Berlin. Find more on them here. Today, they run us through the world of showcase festivals…

One of the most developing markets in the live music sector is the growth of showcase festivals. Ten years ago in Europe there were a handful of them, with MIDEM leading the way. At the time, it was a publishing conference with a few select live performances, ones that were separated from the main business of the event. Now, showcase festivals are one of the more dominant methods to introduce bands, and they are everywhere. On the same weekend as The Great Escape, which was held from May 8-10 this year, there are showcase festivals in Tbilisi, Georgia, Toronto, Canada, Arnhem, Netherlands and Jinja, Uganda. Yes, you are reading this right, there is a Tbilisi Music Week. This is its second edition.

There are a few reasons, at least in my experience, why showcase festivals have developed so quickly. One is that as the music industry has changed, and continues to every day, in the manner in which people discover music. As a result, the concept of discovery is altering in its core methods. There is territorialisation of music discovery happening, which essentially means that there is less domination from a few global conglomerates, such as the major labels and their networks. While one still needs to ‘break’ London, New York, Tokyo or Los Angeles in many respects, one can also find an audience and infrastructure in Tallinn, or Zurich, or Prague just as easily. The Internet couldn’t care less where the music comes from, and as a result more locations are realising that there’s a requirement to set up a structure to find, develop and showcase local music, wherever it is. As a result, we have events in Bari, Italy, Rennes, France, Aarhus, Denmark and every month, a new festival pops up in Asia or South America. To me, this is a good thing. More recognition of local music, wherever it may be, requires greater structure to bring it to market, whatever the market is. The showcase festival has filled that niche.

In addition, as the music industry has gone from bust to more intense bust to its current state in what I call the ‘new normal’, traditional revenue streams are being depleted, replaced by new income generators such as music licensing, brands and games, advertising and film and live. In addition to this, we have seen an increase in state involvement in music as of late – everywhere I might add – which leads to more showcase festivals. They are opportunities for governments and publicly funded agencies to showcase themselves within music, create business opportunities and enhance tourism of a local region. As a result, many festival bookers have latched on to the showcase model as their costs are often mitigated by government funding. Canada is an example of this. Each region has an event to showcase its talent – and each are part or wholly publicly funded.

However, there are drawbacks here. It has, in some instances, created a model where the government pays for everything and bands play for free, ultimately benefitting the promoter the most. There are examples of this, a showcase for the sake of showcasing event. They occur everywhere, for better and worse. It’s part of the development of the structure – there will always be winners and losers.

But showcases are here to stay, I believe. When done right, they can change a band’s career and be the catalyst for discovery. Well, we can only hope. 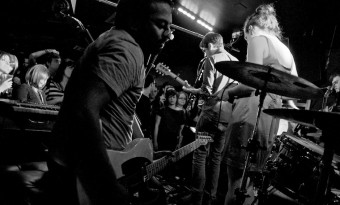