A review about things.

Thing No. 1: The Original Thing.

I’ve always had a thing about the “but it’s not original” critique of music. Quality is more important than originality. If it’s music, but not as I know it, so much the better; it’s just not what my enjoyment usually stems from. People have taken and tweaked, transcribed and downright plagiarised for hundreds of years, and lots of those people made some astonishing music in the process. I like Led Zeppelin though, so I would say that wouldn’t I?

Woods have had the bucolic, rustic ’60s thing down for a while now. The spare to non-existent production, the occasional hint of shambling imbued with the lo-fi and psychedelic folk hallmarks that make it – mostly – acceptable. 2010’s Songs of Shame is a case in point, sounding at times like a compilation of outtakes and radio performances. The brighter At Echo Lake exhibited a little more sheen, a comfortable if forgettable summer soundtrack. At their best, Woods are at once obviously influenced and easily identifiable.

Where their latest album With Light and With Love falls down is the second of these. With its Summer of Love aesthetic, there are light and lovely points but all in all it sounds like an exercise in not-quite-covering a plethora of classic artists.

The influences on With Light and With Love are less background, guiding and informing factors than the basis for a series of lazy stylistic exercises. The Beatles, The Doors, Skip Spence, T-Rex and Love (see what they did there?) all get the treatment, and it’s the apparent lack of effort which sticks. Occasionally, as on the title track, the nods work out well. Everywhere else it’s tiresome, a less interesting version of a covers album – more a “guess the artist” game. A boring one.

It’s a real shame because the unfettered second half of the title track alone shows just how good Woods can be. I don’t care that it reminds me of an Arthur Lee freakout because it sounds great. I don’t care that ‘Moving to the Left’ is 30% Flaming Lips, 70% T-Rex because it’s a damn nice song. I do care that the first few seconds of ‘Shepherd’ remind me of that bloody Kooks song. You know, that really annoying one. No, the REALLY annoying one. It’s a simple question of payoff, and all too often on WL&WL you’re being reminded of better music than you’re listening to.

Woods’ problem, as ever, is quality control (Songs of Shame was essentially a decent EP drowned in lo-fi rambling). Woods’ trademarks of unassuming dynamics and steady, reliable melodic grasp are no bad things. It’s just a shame they’ve bothered themselves with the works and sounds of others so much this time around.

The Afghan Whigs - Do to the Beast 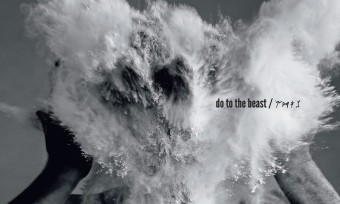 The Afghan Whigs (well, Greg Dulli and bassist Curley) return with their first album in over fifteen years - but does it pass muster compared to their classics?
Read More