I love record shops almost as much as I love the records they sell. I worked in a record shop on and off for 15 years and often find myself daydreaming about returning to those golden days of relative financial impoverishment just to wallow in the plastic once again. There is no better feeling than turning someone on to an LP that can, on occasion, quite literally change someone’s outlook on life.

That said, when I talk to people about their memories of record shops (for that is all most people have), the most common complaint is that they felt like unwelcoming hipster strongholds where customers were often made to feel like their selection was somehow inadequate. To my mind this is a misleading impression; opinions are vital in this line of work, but the real buzz of having an opinion about music is sharing the love not shutting other viewpoints down.

Record Store Day has been spectacularly successful at revitalising the vinyl business. For the first time in years record shops are opening rather than closing down and Record Store Day has, for many retailers, become more profitable even than the run up to Christmas. The event has moved from satisfying a few hardcore vinyl addicts into tempting a whole new generation of customers into buying a deck and starting a collection. However, like any successful annual event it needs to evolve and adapt to its new status.

There are a number of genuine problems associated with the vinyl ‘boom’, but there are also a number of complaints that smack to me of those condescending hipsters who made many feel unwelcome in the music emporiums of old. A snobbishness is bubbling up; too many ‘major’ releases are deemed ‘bad’ for Record Store Day, but surely this is inevitable with an ever-increasing roster of limited editions. Of course the odd ‘Ghostbusters glow in the dark picture disc’ will come along but trying to vet releases on the grounds of good taste is essentially fascism.

I find it curious that many of the loudest voices in the run up to the event this year were keen to respond to the seven year itch by chopping off its head. How quickly we forget the near extinction that faced the vinyl industry less than a decade ago.

If the people don’t go out and buy the major label releases then I guarantee you that they will stop pressing the ‘shit’ that the cool kids sneer at. It’s also worth noting at this stage that the golden age of vinyl was driven by mass appeal, not niche interests. I have a very long list of complaints against major labels concerning the way they treat their artists and their lack of all-year-round support for retail but as long as the release is sold in a ‘shop’ then Record Store Day IS working. The calls for an ‘indie only’ event just shows a dearth of understanding in how the industry works. Many indie labels are funded at least partly by majors and stopped being truly indie decades ago. 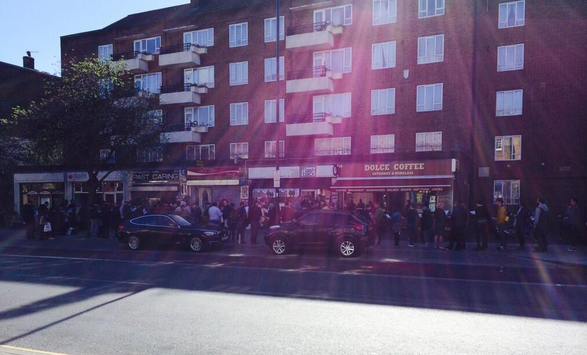 It’s true that some indie labels are finding it hard to keep their release schedules up because the few vinyl pressing plants that survived the lean years are being booked up well in advance of record store day (often by major labels). This is a by-product of success, and whilst challenging for the labels it does not warrant the lynch mob that appear to be passing out pitch forks and flaming torches to any blogger with time on their hands. After all, it happens every year, a little forward planning may remedy the problem. It is also worth noting the title ‘Record STORE Day’, not ‘Indie Label Day’.

So much for the big bad wolf, on to the next bone of contention – touts. Those eBay bastards and their uncanny ability to get up earlier and queue for longer than the ‘real’ fans. I know, it is annoying but if you are going to trade on supplying rare, limited editions, what do you expect to happen? You want it because it’s rare, that is why it costs more and that is why touts like to make the effort and snaffle up the goods to resell. Last year I missed the Bowie 7-inch and got fleeced for £20 buying it on Discogs, but maybe if I had shown more willing, got up earlier and been more determined… well you get the idea. The simple solution to this is that shops reward their best customers with a guaranteed place in the queue, but of course if they did that then the complaint would be about favouritism.

This links nicely to the complaint that Record Store Day encourages those ‘once a year customers’. I honestly don’t see what the problem is there. A sale made in a shop that wouldn’t normally have been made is an extra sale and that is what Record Store Day is all about. Indeed, the fact that regular Joes are being tempted back into shops says it all. In the run up to Record Store Day the media is awash with talk of vinyl, and that’s the sort of PR that none of the few hundred surviving record shops could ever hope to afford. If the industry is to continue to develop then it will be by attracting new casual customers and not by circling the wagons to protect an ever-decreasing sales base.

Now I am not naïve enough to suppose all is rosy in the garden. The access to pressing plants is a problem. The financial outlay for smaller shops is also deeply problematic but let’s not allow snobbish thinking to kill the golden goose. Like any annual event Record Store Day needs careful nurturing and year on year reform but these are not insurmountable problems. Personally I would like to see less reissues and more new products but people buy those Ghostbuster reissues and that is their choice. The guy in the queue ahead of me was utterly stoked with his. I’m not about to tell him he is wrong for liking what he likes, I imagine he would hate most of my purchases.

Let’s remind ourselves of what the purpose of record store day is; to support the physical shops that remain. It might not be right for every shop but nothing is. All I know is that the queue at Flashback (see pic above) was long and good-natured, the shop made money and the punters got something special for their efforts. A bus ride away in Soho a shop-based street festival has grown into a life-affirming annual event, and across the country most record shops do very well off the back of Record Store Day. Sometimes you need to allow a little leniency for that difficult second LP if it is ever to be followed up by a brilliant third.

Record Store Day has stopped me being able to buy music... 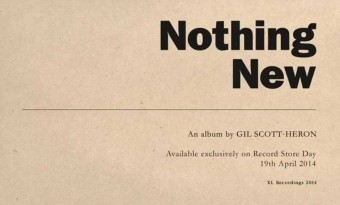 Record Store Day is all about encouraging people to buy music, so why is it so hard to buy the records that are promoted? We have a few suggestions...
Read More