What the fuck is going on and what can we do about it?

I didn’t actually make it down to RSD this year. Firstly because I was feeling a little worse for wear after fully enjoying a rare Friday off work, secondly because I pop to my local indie once every fortnight or so anyway to have a browse. The idea of queueing for hours and having to negotiate through loads of people doesn’t sound particularly appealing when I could just go, say, the following Saturday and take my sweet time about it.

Just for the record, I love record stores. I’ve been going into them since I was about thirteen. I think anything on the high street which makes something like music tangible, delivers a sense of community, and gives you something to do is one hundred percent a good thing. There’s also numerous arguments for record stores (all independent retail in fact) at an economic level; employing more people, creating wider profit margins, supporting new and diverse product. And Record Store Day, as a PR campaign which has reignited people’s imaginations and excitement about music shops, has to be commended for bringing a focus onto indies. It isn’t just welcomed, it’s needed.

RSD14 has taken its fair share of criticism this year, from Graham Jones on this here site to Phil Hebblethwaite at The Quietus, and numerous stores complaining on social media about exclusive releases from major labels taking the biscuit.

But here’s my big issue with it: why does it seem to actually stop me from being able to buy music?

I’m a long term Gil Scott-Heron fan. He was one of the first artists my Dad ever played me, and over the past ten/eleven years I’ve got stuck into his back catalogue and think at least two of his albums (‘I’m New Here’ – not the later Jamie XX remix album, although that is still good – and ‘Pieces of a Man’) are two of the best records ever made. So my main RSD excitement was over the ‘Nothing New’ release via XL, a series of acoustic cuts recorded before the ‘I’m New Here’ sessions started. Having died in 2011, any opportunity to hear something we haven’t heard before from ‘the man who invented hip-hop’ obviously built some anticipation. As expected, the ‘exclusive’ release has sold out in most places, and it wasn’t a cheap record – RRP was around £35.

Knowing I’d missed my opportunity to get it from any of the big London stores, I checked around some regional shops. All out. Apart from one. “Oh great,” I said, “can I order it please? It’s just that I can’t find it listed on your site”.

“Nope,” came the reply. “Against the rules. We can’t sell any RSD stock online until the Saturday after”.

What’s the point of banning selling stock online for a week? Surely if you’re buying online from a shop, you’re still supporting the shop? By making the releases limited, you’re already blocking potentially hundreds of fans purchasing the record in the first place.

Indeed, what’s the point of exclusives? What’s the point in making music limited? That goes against the whole point of it! As many people should be able to indulge in a record as possible, because that’s what makes music special, not only your personal affection towards it but the context of it, the people and the moments it reminds you of…

The icing on the cake is the dealers selling it on eBay for upwards of £100. These people should be burnt at the stake along with ticket touts. When you buy a RSD exclusive your name and address should be taken, so that every single one of the people buying exclusives to hype prices online the next day can be tracked down and have ‘Don’t Sell Me Music’ tattooed onto their face.

RSD doesn’t seem to be about getting music fans back into shops anymore. Wasn’t that the point? To give shops, the new artists they support, and the labels they buy from, a new grass roots following? Collectors and dealers don’t need another day to go and spend money on music, because they already do it all the time. It’s the general public that needs to be reminded why spending some time and a little bit of money in a record shop can be more satisfying than just consuming through a Spotify subsciption (not that I have anything against Spotify, it’s a great service and I use it all the time along with playing physical product). There are some things money can’t buy.

As just complaining about stuff seems a little pointless, I thought I’d give some positive ideas a crack. Here they are.

Music doesn’t need to be exclusive for people to want it, it needs to be good. Exclusive releases have higher prices that are likely to put off a lot of the people who we need to get back into record stores: the general public who don’t have a lot of disposable income at the moment.

2. Labels Who Don’t Support Stores Throughout The Year Shouldn’t Be Allowed To Be ‘Official’ Participants

If they’re giving major discounts to online stores or supermarkets the rest of the year then, quite frankly, fuck ’em. If they can’t see the benefits of physical product and record stores on high streets, they obviously haven’t been reading The-Monitors.

3.1 Stock Shops On Consignment
3.2 All Parties Should Give Discounts

If shops were stocked on consignment for the whole weekend (not just a day), under the proviso that they had to deliver a 10% discount from their end, and with an additional 10% discount from the label, stores would be full of great stock and people would go in and see it’s affordable. It would take the pressure off of getting there when the doors open, and make people realise shopping in a record store should be something you can take your sweet time about. Also, if labels knew they’d have to take back unsold stock at the end of the weekend, they might think twice about releasing some of the crap that stunk out the RSD list this year…

4. Can We Stop With The Reissues, And Get New Artists In On The Action?

I think it’s fair to say that in not so cosmopolitan areas, where age groups don’t mix, record shops can be seen as where ‘your Dad goes’. More new music, from a range of upcoming artists who probably up until now haven’t had the ability or distribution methods to get into stores, will make the younger generation realise there’s plenty of exciting, relevant music to be heard and loved. They should also bring back the RSD compilation, because that was good.

5. We Need To Not Forget About Record Shops Once RSD’s Over 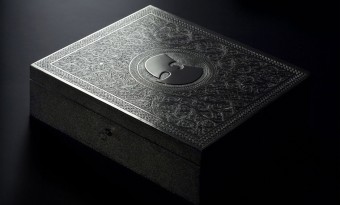 We look at three different stories summing up the comparative health of music formats, from Vulfpeck's silent Spotify album 'Sleepify', to 'Once Upon A Time In Shaolin' - the new Wu-Tang Clan album of which only one copy exists...
Read More