Last Saturday saw people all over the place celebrate International Woman’s Day, a day when feminists, feminist allies and more converge around the issue of gender inequality.

And what better way to make a point than through music? Charismatic, female-led projects are currently ruling the pop and hip-hop roost, from the Brazilian rappers you should be taking note of, to the electro glamour of Chela, Kelela, St Vincent and FKA Twigs, right through to the guitar slide (geddit?) of the spectrum (Lola Colt and Wolf Alice are two favourites of ours that spring to mind).

Let’s not forget that Grimes is set to have a new release coming our way in September – and if the anticipation for that isn’t keeping you on your toes then, well, you’re rubbish. Oh, and apparently Aphex Twin is rumoured to be working on new Die Antwoord material (fronted by Yo-Landi Vi$$er), which if true will be mental.

One artist we’ve been long-time Fever Boys and Bullet Girls for is FEMME, the South London producer who makes the kind of Motown-cum-electro bangers that make us sad nothing we ever say or do will ever make anyone else as happy.

And in that vein, she put out her cover of Otis Redding’s ‘Respect’, made most famous by Aretha Franklin’s iconic delivery of it. And before you shudder, as a soul fan myself, this is probably one of the few times when I’m happy that anyone tried to better a classic… because the end result is a fresh, bright, and energetic re-imagining. It’s available as a free download on Soundcloud below… 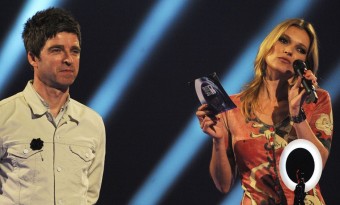