Justin Bieber is such an uninteresting character. His pop is blasé, overproduced and rubbish, and his career is built on big marketing spends and, increasingly, being a ‘bad boy’.

Not only did he have to suffer the fate of having bible-bashing, overactive parents, he’s now been selected for the role no one wants, 2014’s ‘tortured, drug-addled artist’. Drink driving, throwing eggs at neighbours, drug possesion, using prostitutes, it’s not only depressing that the 19-year-old has decided to become the sort of narcissistic rock star who only ever exists in books anyway, it’s depressing no one in his team has had the balls to tell him to grow the fuck up.

So here’s our attempt: Justin Bieber, I don’t personally care one inch about you, but please, please, please don’t assume that being rebellious is the same as being interesting or successful. As we said, it’s 2014, and no one is impressed or surprised by your ability to buy cocaine.

Talking about narcissists and nose candy, Courtney Love is back in the media spotlight, crying about a defamation lawsuit brought against her by a former attorney in such a complex and boring case I can’t even be bothered to explain it here. Luckily, Spin have already done that job for us.

Moving on, and I still can’t work out why Prince is so popular, but he is, and now he’s giving Lianna La Havas and one of the world’s most dire sitcoms, New Girl, press by performing in the former’s living room in February and actively participating in an episode of the latter. He can pretty much do what he wants, which is shame because ‘Breakfast Can Wait’ was godawful.

Next, Dre ‘n’ Reznor’s Beats is to launch a new $10-a-month streaming service, hoping to cash in on the brand appeal they’ve been relentlessly building over the last few years. It’s looking to dominate the field of music discovery, with playlists designed by curators and the like, although whether it can realistically compete with existing streaming services remains to be seen.

Still, anything that eases the legal use of music is far better than simply threatening to imprison illegal downloaders for up to a decade, as the Prime Minister’s Intellectual Property Adviser, Mike Weatherley MP, did earlier this week. It costs £65,000 to imprison someone in the first year, and then £40,000 for every year thereafter. To imprison an online pirate would therefore cost £425,000 for ten years. It’d probably be more useful to just give that money to the PRS or PPL, or restart some of those arts projects that have been cut throughout the country, or use it to reimburse shops on business rates to help independent stores compete in an overpriced rental market.

You can play the Bieber egg toss game here

Newspunch! 2013 in Digest, and Twitter Accounts of the Year 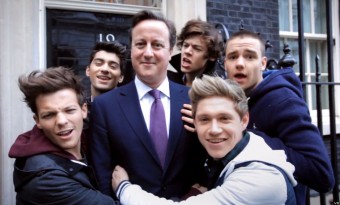 Our favourite people and organisations to follow, plus a round-up of some of the music industry stories that caught our eye over the last year. Warning: a lot of it doesn't make pretty reading...
Read More