Tucked away in a backstreet near London Bridge, there is a little known venue called The Miller. It surreptitiously buries its ugly head from the unforgiving eyes of tasteful interior design. But these next few words aren’t about a tarted up community hall next to a four storey car park. This next passage is about the beautiful horror encased within its weird soviet walls: a 2-piece-jet-plane-decibel-holocaust of absolute majesty. The end times are nigh. Enter, God Damn. 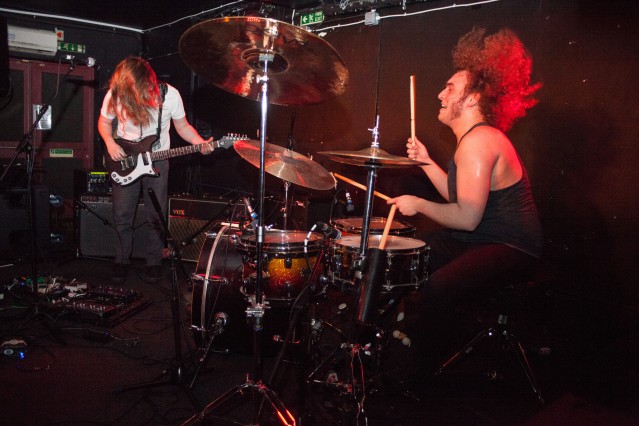 If you haven’t heard them play before, then you probably haven’t been within a fifty-mile radius of one of their gigs. They are one of the loudest bands I’ve ever witnessed, second only to My Bloody Valentine. The Wolverhampton boys embellish your ears with a tirade of tinnitus-inducing Grunge-Metal – a strong fusion of genres – with a modicum of Blues added for good measure. Think Bleach era Nirvana meeting The Black Keys in a bar, bottling them, and then eating the broken glass afterwards. God Damn play music to break your bones to.

Having permanently damaged my hearing by seeing them play twice before, I was pretty excited to do it again. And despite having to navigate a labyrinth of backstreets that not even Google maps could tackle, I made it to the venue. It’s fair to say that this was one of the stranger gigs I’ve attended. Firstly because it was such an odd venue, with its low ceiling, L shaped main room, and community hall vibes. It’s the sort of place you did your karate lessons in as a kid, or the kind of place your pikey second-uncle held his wedding reception in. I was however, tickled by the penmanship on a gent’s cubical wall: “Tory scum choke on oranges”. Nice. To add to the queerness of this weird air, was the feeble sized audience (which, in my experience is pretty odd for God Damn) that indifferently swayed in response to what had to have been the loudest gig they’d ever attended. But enough about the pussy audience. Back to God Damn. 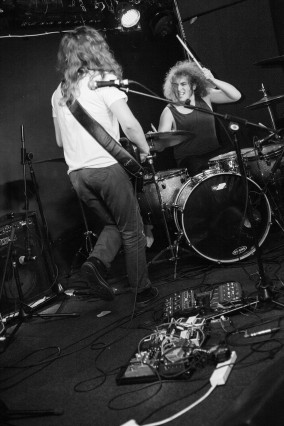 The spectacle on stage was a stark contrast to that of the audience. But they didn’t care. They played to seventeen as they would to seven hundred. They really went for it, blasting out song-after-song of ear blood inducing, sleazy angst. The highlight of the set was ‘Heavy Money’ – a distorted vocal shout-fest, and main track on their EP. Amidst all this carnage were singer Thom’s ad-libs: “this must be like that famous Sex Pistols gig. You all must be members of The Clash”.

If you’re already deaf and didn’t have the opportunity to let them mutilate your eardrums, then there’s no point going to see them. But if you do have a clear bill of health, and are in the mood for a liberal dose of self-destruction, then head over and see God Damn. Here is a quote I acquired from Thom after the gig: “we’re God Damn, we’re from Wolverhampton. The only quality you need to have to be part of B-town, is to be north of the Watford gap and south of Stoke-on-Trent… But we’re not slagging it off.”

I’ve got fucking horrendous tinnitus, but it was worth it. 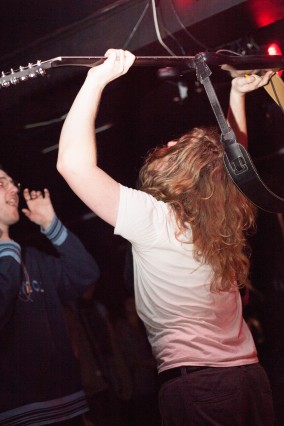 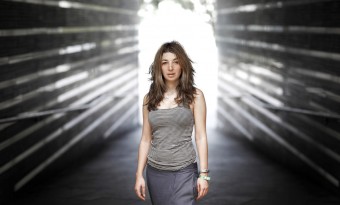 "By the end, I was terrified, anxious and overwhelmed..." Warp veteran Mira Calix's new work shines a light onto hidden spaces...
Read More