The MET police are not known for their fun-loving nature unless they’re dancing like twats at Notting Hill Carnival, but there wasn’t much cross-community love this week after they cancelled XL-signed rapper Giggs’ Under The Bridge London show. Taking to the camera in a suit you might expect a truant officer from the ’70s to wear, the Peckham wordsmith applauded their ability at “actually making me think it was going to happen… loved it”. He was sentenced to prison in 2003 for possession of a firearm, and despite doing his time at Brixton prison still can’t seem to get a break from the boys in blue. Advising XL not to sign him in 2010 seemed paranoid, but kicking a man before he’s had a chance to re-prove himself just seems petty.

A London MC with slightly different luck is Wiley. RINSE FM DJ Julie Adenuga has started a petition on change.org to get a statue of the ‘Wearing My Rolex’ star to be put up in the East London district of Bow. We don’t know what to say to that, but we hope it happens. Maybe a grime walk of fame along the Roman Road is in order? It’d certainly be more interesting than Camden’s plan to give Suggs another reason to act all cockney geezer by putting his name on a Hollywood styled gold pavement slab.

Another welcome kick in the knackers for Robin Thicke, as the ASA bans his advert for the Beats brand’s new ‘Pill’ wireless speaker from being shown before 7:30pm. Which is still too early: can’t they just ban it until humanity’s burnt out? The 30 second clip is essentially the same as the ‘Blurred Lines’ video, only with women swooning over the capsule shaped amplification system. So, it’s a lazy advert which essentially proves Beats products have no inherent worth other than being associated with pop stars who don’t care how decent their music sounds.

Still, there are worse things music-lovers could spend their money on, like paying to have your music reviewed. Yes, according to this Echoes and Dust investigation, this is something that actually happens. Journalist Gilbert Potts unearthed a host of sites that will happily post reviews (completely impartial, we’re sure), if you grease their greedy palms first. On the one hand this seems like shameless exploitation of naive musicians, although you could argue that anyone stupid enough to get sucked in probably deserves what they get. On the other hand, this already effectively goes on at many established publications who guarantee reviews to labels who buy advertising space – at least these blogs are up front about doing it. Maybe we’re missing a trick. Incidentally, our address is 45/46 Charlotte Road, EC2A 3PD, should anyone feel like popping some cheques in the post…

Similar nefarious dealings are also reportedly tainting the traditional record shop end-of-year charts. MJ of Hookworms tweeted (and then deleted) the following: “Isn’t it awesome that a famous record store in Brighton have told us we can have the hookworms album in their top ten of the year for £200!”. No way of verifying this one unfortunately, or being certain which shop it was. If you’re a Resident of Brighton with more information, do give us a shout.

And finally, are you struggling to get your song played on Radio One shows like that hosted by Zane Lowe? Well, why not get Zane Lowe to co-write it? It seems to have worked for Chase & Status, whose ‘Count On Me’ single hit the top ten this week after extensive Radio One airplay. As Popbitch point out, both Lowe and Chase & Status share the same management. Anyway, that’s it for this week, we’re off to write an indie disco stomper with Nick Grimshaw…

Newspunch! Album Sales Down, Silk Road Taken Down, Cyrus gets O'Connor Down... 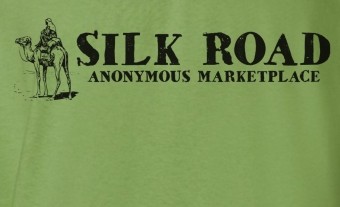 It's down, down, deeper and down this week, as we bring you this week's music digest, including Kevin Shields' britpop conspiracy...
Read More