Driving into focus from a distance, like a cadillac enticing you to play a game of chicken, came Crows‘ Nick Cave indebted single, ‘Frankish Empire’, all moody guitars and Queens of the Stone Age aggression. Along with an equally dark video which merged Saw with American Pyscho, you get the impression CROWS are as into giving you the shivers as writing tunes.

They’ve been playing with the likes of shouty two-piece Slaves and everyone’s favourite goth punk collective, Leeds’ Eagulls. Crows fit nicely into this sonic bracket, only expect more doomy choruses from these guys, placing a bit more focus on the ‘song’ angle but not losing any of the rough edge. If anything, the juxtaposition of a welcoming structure and a gloomy, loud exterior make Crows more enticing than many of their counterparts.

We caught them at their single launch last month. The band were all black denim below and white tees on top, Kerouac style, slicked back hair all round and a menacing glare from the frontman as the desert rock elements crumbled together for a proper rock’n’roll performance. A couple of weeks later they completed three gigs in 24 hours, probably making them the hardest working live band in the capital (or at least the ones with the most stamina).

The second single, ‘Silver Tongues’, will be released on Halloween, and they’ll be playing The Waiting Room the day after to celebrate (that’s November 1st, in case you don’t own a calender). You should get yourself down there to see some of the finest purveyors of charismatic guitar playing in the capital. This is one game of chicken we advise you to lose, because the only way to get into Crows is via a head-on collision… 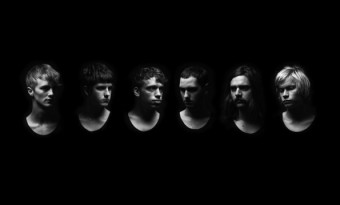 If you go down to the woods today, you're sure for a big surprise. Namely, six Danish blokes blasting you with brilliantly dark, icy rock...
Read More