Being slightly unhinged is a quality I greatly appreciate in a being, and makes up a big part of what really draws me to of Montreal. I’m completely invested in their unbalanced style and extreme genre-shifting capabilities, but I was still totally unprepared for the stripped back turn Kevin Barnes took with his acoustic set at Electrowerkz this week.

When I arrived at the venue was when I first discovered the set I was about to see would be acoustic, and wasn’t sure how to feel. I had thoroughly enjoyed a theatrical spectacle when I saw of Montreal years ago in Brighton: wild costumes abounded, colouriffic spangles darted at me, and glee took over completely when a bear-suited stage dude came and pulled my limbs about to make sure I was complying with the of Montreal mania-dance rules. I was hoping to run into another bear.

But now I know that it’s wrong to think that of Montreal’s beserk, dark humour and bubblegum playtime essence is based purely in physicality. A pile of writhing subconscious thought-strings is perfectly expressed by the colourfest that is an of Montreal live performance, but the acoustic set made it apparent that Kevin Barnes is able to express all of this mind-goo using just mouth words, alone on a stage, sans glitter or make up… and yes, without bear suits.

Electrowerkz turned out to be a highly appropriate venue, offering up a perfectly intimate space on the ground floor for Barnes to showcase his lyrical skills. Standing in the middle of that dark, cramped, sweaty room helped me to imagine I was standing at the back of Kevin Barnes’ mind, and allowed me to totally invest and wallow in the idea that we really were on quite an intimate trip. 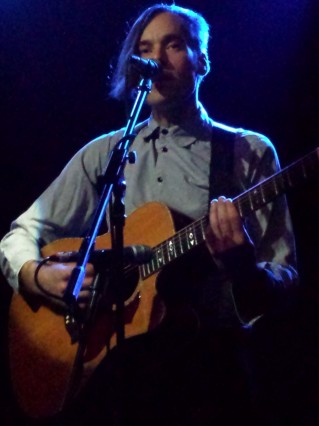 The live set seemed almost like it was presenting new album Lousy with Sylvianbriar to an audience acting as a focus group, who offered feedback noises and repartee between tracks. When Barnes sang the line, “mother always liked you best / liked your teeth upon her breast”, from ‘Fugitive Air’, he elicited an enthusiastic “WOAH!” from the particularly vocal guy next to us. New songs, including ‘She Ain’t Speaking Now’ and ‘Raindrop In My Skull’, were almost shyly presented with little back-stories, tales of sick daughters and superhero vs villain fights ending in basements. If this album represents a natural evolution of Barnes’ musical journey, showing off his astonishing talent as a singer-songwriter, then this acoustic set was the perfect medium in which to deliver it.

Overall, the show was surprisingly funny. Barnes once did a comedy tour, which I feel would’ve been an incredible thing to see, but an acoustic of Montreal set is easily the next best thing. His lyrics were hilariously delivered, even horribly so at times – at one point Barnes giggled as he finished a line from Colossus,

Your mother hung herself in the National Theatre
When she was four months pregnant with your sister
Who would have been thirteen years old today…
Does that make you feel any less alone in the world?

‘Did he… Did he just titter?’ would be the question any sane person might ask themselves at this point. But we were wrapped happily around his charismatic little finger, helplessly offering gormless laughter in response.

Rebecca Cash was the perfect side dish to the Kevin Barnes main. Her exquisite singing voice added wonderfully to Barnes’, and she did some great tongue-clicking in the place of certain sound effects. But in all honesty, while really enjoying her presence, I would have had the same fulfillment seeing Kevin Barnes perform alone. I would never have expected that, but there it is.

Cash’s presence, welcome as it was, highlighted all the more forcefully to me that of Montreal’s spirit isn’t reliant on sound mosaics, stage play and sparkly outfits. Those are awesome, and I love of Montreal because of these things, but Kevin Barnes expressed maniacal glee purely through his lyrics, projecting creepy, sparkly caricatures onto the back of our brains through his lyrical storytelling, and offering humour in the most unlikely places. After this performance, of Montreal as a band seems to me to be the natural physical manifestation of Barnes’ mind.

Delightfully, in the fashion of so many of the Elephant 6 collective, Kevin Barnes seems to be outrageously grounded and excessively modest. When ‘Gronlandic Edit’ started up it was greeted with a hefty cheer, and we were “awww shucks”-ed in response. It’s almost as if Barnes wants to be viewing his spotlighted self being all successful from the dark with the rest of the audience. The icing on the cake was finding out that the intimacy of the performance and his lyrics isn’t a fangirl invention of my over-eager mind. After playing ‘Heimdalsgate Like A Promethean Curse’ as an enthusiastically received encore, Barnes closed the show with a simple, “thank you for imagining with me”. 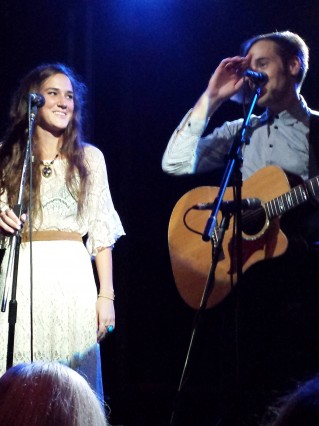 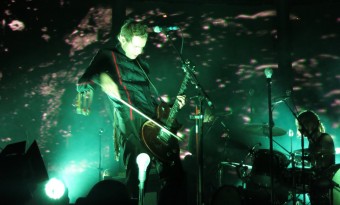