This interview was commissioned by Clapton Festival, which takes place on 28th September (event page here). You can also find this interview in the first edition of Wily Badger magazine, available in pubs and cafes around Clapton.

Ask Bronze Medallists‘ Olly Price his favourite thing about Clapton and you get an unexpected response. “Clapton has the best cornershop in the world as far as I’m concerned,” he enthuses. “It’s called Palm 2. Just after I left Clapton [he moved down the road to Dalston a couple of years ago], a big Tesco opened up next to it – the evil empire had arrived. But I think Palm 2’s seen it off. It’s that good. It’s got everything. They give you free chocolate bars as well sometimes. If you spend over a certain amount they just hand you a free chocolate bar, and you skip all the way home”. It’s a pleasant reminder that while Clapton may be facing a familiar struggle to accommodate gentrification while retaining its identity, the big boys still can’t quite get a foot in here, and the fact Palm 2 has a blog dedicated to it online suggests that Price is not alone in his adoration.

Avant-pop five-piece Bronze Medallists (Ben Ferrari, Oliver Sheppard, Luke Roberts and Valerie Ballingand make up the group) are slowly stirring up a wave of adoration themselves. Over the last couple of years they’ve honed their sound in a series of bedrooms along the East London Line, taking advantage of the fact that they’re not “super-loud” to save money on rehearsal rooms. “We just get together in living rooms and bedrooms and kind of bash it out that way,” reveals Price. “You need tolerant neighbours. Or dead ones. Or deaf ones, perhaps. I usually aim for the basement when I get a room in a house because the sound doesn’t carry so much. It means you have to live in a dingy dungeon, but you get to make lots of noise”.

The noise they make adroitly straddles indie and electro-pop, akin to some of the bands they listen to – Django Django, Metronomy and Broken Bells – while Price insists they’re inspired by musicians closer to home too. “We collaborate a lot on other musical projects, and there are a lot of great people I’ve collaborated with who live in Clapton. There’s a singer called Fiona Bevan, she’s wonderful, and Folie Ordinaire – they’re a great band. Also in Clapton there’s that big church [St Johns]; some people there are running an interesting event there called Sound:check which is worth checking out”.

Price hopes people will also check out Bronze Medallists’ forthcoming single ‘Just’, out in October. An album (“we’ve almost got enough material now”) will hopefully be ready for release next year, although that may depend on tearing their drummer away from his day-job: starring in Let It Be: The Musical. “He’s Ringo! He had to go to New York to open the show on Broadway, so when we played at Secret Garden Party we drafted in a friend on drums. But there’s a core of us who all write together, and we all bring different things to the pot.”

“For our new single,” he continues, “we’ve rid ourselves of a lot of live instruments – it’s mostly electronic stuff on there. In studios these days, bands will go in and record things acoustically with live instruments and then they’ll get into Pro Tools and cut it all up and make it quantized and make it perfect. What we’ve done this time is the exact opposite; we’ve come in with loads of electronic equipment and recorded it all live. It’s kind of turning traditional recording on its head in a way.”

“I think by our nature we just like the adventure of it, and the challenge I suppose. It’s great fun to do that, it’s very overambitious. Well, I think the idea is fun, and then when you’re trying to make it work you’re kind of tearing your hair out and going AAAAAARGH! So fun might be the wrong word, but it’s worth it I think. I’ll let you decide whether you think it worked or not!”.

Their experimentation extends to their stage set-up, where you might spy a few unusual items. Such as, er, ironing boards. “They just make better keyboard stands really, if you’ve got to have a laptop [on stage]. That’s the thing about using lots of fun instruments: unless you have the touring budget of LCD Soundsystem and you can take every single instrument and someone to play it with you, then you have to strip it down or sample it all onto a laptop. We use a bit of Ableton to help us out in that respect”.

The potential for impromptu ironing aside, can we expect more surprises from their performance at Clapton Festival? “We might try a few things with our live set-up. I would tell you exactly what they are, but that would infer that I know exactly what they are at this point in time. It might be a little bit different to what people have seen before from us. It could be exciting or it could be a disaster, which I think in itself is quite exciting”.

Clearly, one way or another, this is a set not to be missed.

Autumn Almanac or: Why We Should Celebrate the Passing of Summer 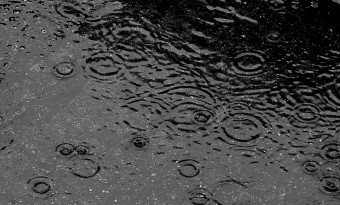 All across London, a repetitive whine is winding through the streets on a chilly breeze, like the mating call of a whimpering grouse. “Summer is over,” it repeats, in increasingly maudlin tones. “Summer is over”...
Read More