Despite living in London my entire life (bar a few years getting myself into eternal debt in Brighton), I’ve never been to London Fashion Week. A girl from an old workplace invited me to some fancy after-parties once, but she turned out to be a thief, a junkie and a forgerer (which only made me want to go more, but I was awfully shy in those days).

The only difference is that in my imaginary Fashion Week the music is shit and no one dies after falling from a roof. That isn’t the case here. Clarence Clarity’s deft beats are soaked in several shades of electro-pop, which sound like they’ve all been dumped into a bucket and stirred into a chaotic broth. Like the video, it’s colourful, confusing, and achingly cool. And while suicide in a music video always makes me feel uncomfortable, especially in such hip surroundings as these, you can’t deny that the pavement-hitting scene at the beginning is brutally arresting.

Of course, just like my jaundiced idea of Fashion Week, there is the sense, despite the undeniable beauty, that everyone involved might be a bit of a wanker. But who cares if this is the result? 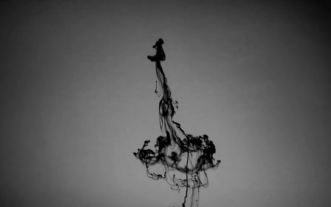