Spectral Park‘s self-titled début album was apparently created after Luke Donovan found a box of random records on a Southampton street and merged cuts from them into his own off-kilter compositions. It makes sense then that this video, accompanying album highlight ‘Nausea’, is spliced together from a bizarre range of found footage. As you’d expect, there’s plenty of vintage technicolour psychedelia on offer (as well as a bloke vomiting over himself), but the real highlight comes towards the end when the guitar-playing bears appear. Honestly. The fact they’re surrounded by dancers in Inuit costumes is just a bonus.

The ending is amusingly abrupt, while Donovan spends most of his time complaining: “We’ve done this all wrong, we talked for too long, betrothed ourselves to eager bad advice”. Well, if this is the result of bad advice, he should probably keep taking it. 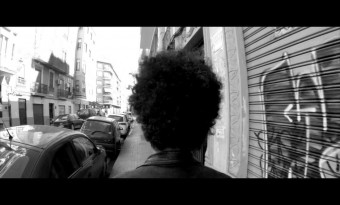 There's something wrong with Valencia's Jupiter Lion, but it's definitely not their music...
Read More